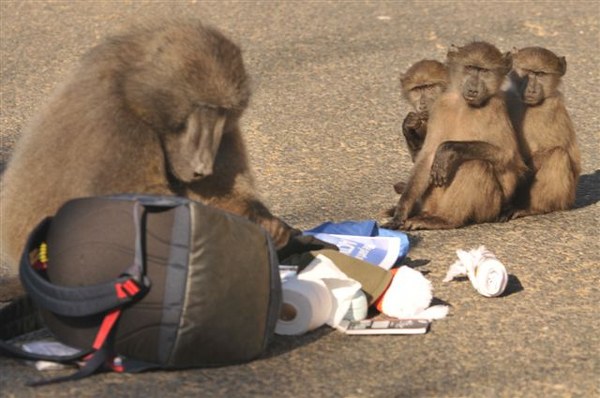 A Victoria Falls woman has told of her shock after she found a baboon mauling her one-year-old baby after it caught her playing with her sibling at home.

Jean Gama said she did not believe the girl would survive the vicious attack by the usually friendly primate a fortnight ago, which left her with huge scars on her head and face.

“My daughter was playing outside the house with her 12-year-old brother, while I prepared breakfast for them at around 9am,” she told The Standard.

“Suddenly I heard her scream like someone who was in severe pain.
“I rushed outside and found the baboon had sunk its teeth on her scalp and face.

“I hit it with a huge stone and that’s when it finally loosened its grip on her before fleeing.

“Apparently the baboon wanted to take away my daughter’s doll. The baboon’s teeth penetrated her skull and I don’t know what it means for her health as she grows up.”

Gama sought treatment for her daughter in Zambia because there was no medication at health centres in the resort town.

The doctors gave the child several injections of antibiotics to prevent any infections. However, the doctors said her scars would take some time to heal.

“When we took her to hospital she was bleeding profusely and was unconscious,” Gama said.

“At the hospital there was another woman whose son had also been bitten by a baboon.”

Chinotimba residents said baboons had become a menace in their neighbourhood as they broke their windows and doors in search of food.

The baboons also attack women and children, but the mauling of the baby was the most violent incident in recent years.

Other areas where baboons invade people’s homes are Aerodrome, Bongoland and the central business district.

“We keep our windows and doors closed all the time because of the marauding baboons,” said Reuben Dube, a Chinotimba resident.
“They take away anything they find in the house and we no longer have gardens because they destroy our crops.

“We have made several reports to the Zimbabwe National Parks and Wildlife Management Authority (Zimparks) but they don’t respond.”

Dube said parents now accompany their children to and from school on a daily basis out of fear of attack by the baboons.

However, Zimparks blamed the influx of baboons in residential areas on residents that give them food.

“They must not be given food or anything,” Zimparks spokesperson Tinashe Farawo said.

“There is nothing much that we can do because they will be moving in their corridors. Residents must take safety measures while we do our part.”