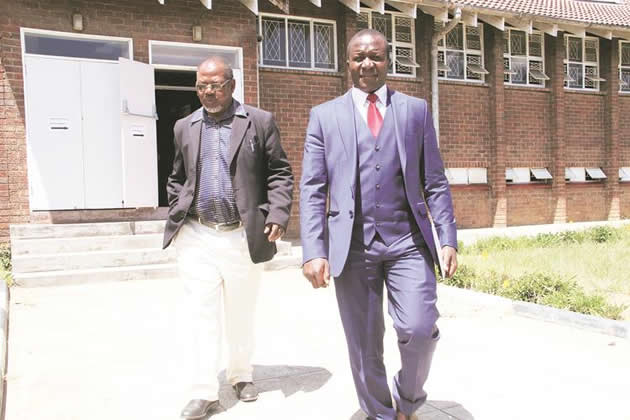 MASHONALAND East Provincial Affairs minister David Musabayana is in trouble with traditional leaders who have demanded that he be recalled as Zanu PF’s candidate for Hwedza North constituency in the forthcoming general elections.

Musabayana was appointed as provincial minister by President Emmerson Mnangagwa late last year to replace Ambrose Mutinhiri who was removed as part of a brutal purge that followed the fall of former President Robert Mugabe and his G40 acolytes.

In the aftermath of Zanu PF’s highly contentious internal candidate selection that was marred by allegations of rigging, Chief Nyahuye Svosve (real name Weston Zvenyika Kuwandikira) in a stinging letter to the ruling party’s national commissar Engelbert Rugeje accused Musabayana of disrespect and working with the G40 cabal.

“So we request from you the President (Mnangagwa) and VP (Constantino Chiwenga), the government and party that we do not want Musabayana as MP because he has no respect for traditional leaders and war veterans. He must be disqualified, we are not happy because he is working with the G40 cabal that wanted to kill the President,” Svosve said in the May 6 letter.

Opposition parties have been accusing traditional leaders of being used to campaign for Zanu PF and Svosve’s letter betrays the role of chiefs in the ruling party’s election arsenal.

“All traditional leaders in Hwedza are not happy with Musabayana as MP for the constituency (Hwedza North). He has been fighting all youths who hold offer letters to various farms and is threatening to reverse this.

“He (Musabayana) also has shown disrespect for Chief Svosve. Musabayana also visited the Chief (Svosve) in the company of Tsimba and Machaka and threatened to take back the 82 hectare plot allocated to him in 2009. All his actions have the support of (former Cabinet minister Aeneas) Chigwedere’s wife who is related to Musabayana,” the traditional leader said.

“They are working in cohorts with (former ministers Ambrose) Mutinhiri and (Edgar) Mbwembwe who were part of the G40 cabal. He was also used by (Marondera Central MP) Lawrence Katsiru to chase other people from the party so this issue has long been coming and Vice-President Chiwenga knows about it.”

Musabayana, according to the letter has also taken the traditional leader to court over an undisclosed case and abused rice donated by Mnangagwa to the people of Hwedza to use in his impending campaign.