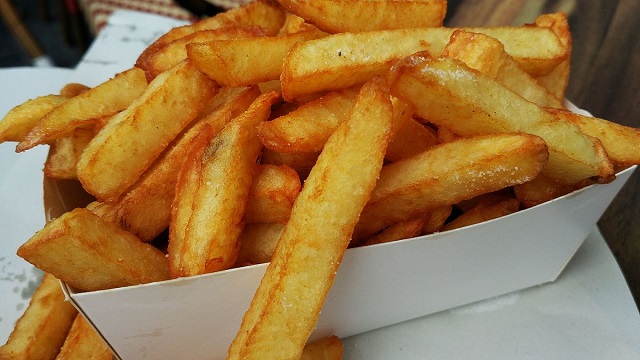 THE World Health Organisation has banned industrially produced chips and other fatty fried foods from the global food supply to eliminate the risk of non communicable diseases that are killing millions of people around the world every year.

The foods make up the bulk of an average working person’s meals, especially lunch.

The WHO has petitioned governments around the world to phase out the foods in the next five years to promote healthier living.

Use of trans fats in preparing the foods, is said to be what makes them dangerous.

The organisation said industrially-produced trans-fatty acids from the foods are to blame for diseases like hypertension, cancer, sugar diabetes and obesity.

Industrially-produced trans fats according to WHO are contained in hardened vegetable fats, such as margarine and ghee, and are often present in snack food, baked foods and fried foods.

A recent study revealed that Zimbabwe has a hypertension prevalence of 35 percent in women and 24 in men.

In a statement yesterday, WHO Director-General, Dr Tedros Adhanom Ghebreyesu said there are healthier alternatives that can be used without affecting taste or cost of food.

“WHO calls on governments to use the REPLACE action package to eliminate industrially-produced trans-fatty acids from the food supply. Implementing the six strategic actions in the package will help achieve the elimination of trans-fat, and represent a major victory in the global fight against cardiovascular disease,” said Dr Ghebreyesu.

The REPLACE package is an acronym for review, promote, legislate, assess, create and enforce strategic actions to ensure the prompt, complete, and sustained elimination of industrially-produced trans-fats from the food supply.

Dr Ghebreyesu said action is needed in low- and middle-income countries, where controls of use of industrially-produced trans-fats are often weaker to ensure that the benefits are felt equally around the world.

“Trans fat is an unnecessary toxic chemical that kills and there’s no reason people around the world should continue to be exposed. Eliminating their use around the world can save millions of lives so we make progress against cardiovascular disease, another of the world’s leading causes of preventable death,” reads the same statement.

The Elimination of industrially-produced trans fats from the global food supply has been identified as one of the priority targets of WHO’s strategic plan, the draft 13th General Programme of Work which will guide the work of WHO in 2019 – 2023.

The 13th General Programme of Work is on the agenda of the 71st World Health Assembly that will be held in Geneva on May 21 – 26, 2018 and the session will be chaired by Health and Child Care Minister Dr David Parirenyatwa.