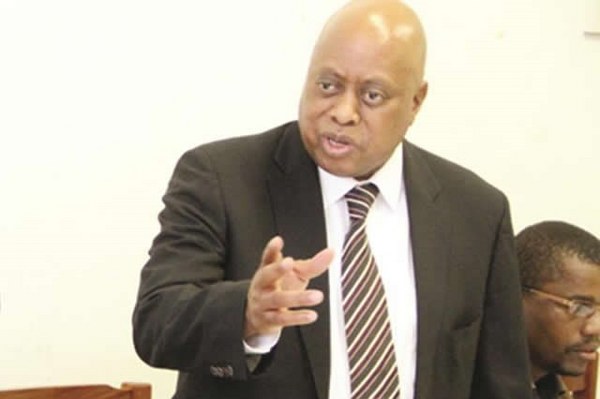 DISCORD has hit Bulawayo’s Merspin Limited, with the company’s owner Delma Lupepe and judicial manager Cecil Madondo at each other’s throats over the control and running of the firm’s affairs.

Once a thriving player in the textile sector and a major employer, Merspin was placed under judicial management by the High Court in 2011 after it accumulated debts amounting to US$6,3 million.

Insiders indicate that about US$40 million is required to offset the debt that has continued to accumulate since 2011, finance the procurement of raw materials, and service other operational costs.

Replacement of obsolete equipment and rehabilitation of existing machinery, the insiders say, would consume the bigger share of the investment while employees will also need to be catered for.

More than 2 500 employees are owed salaries by the company.

Lupepe told the Zimbabwe Independent this week he was fighting tooth and nail to remove the company from judicial management.

“By the end of this month, the company should be removed from judicial management,” Lupepe said.

“There shall be a new shareholding structure for the company that should be able to steer it in the right direction. As far as I am concerned, we will be able to get it back to its optimum levels.

“We have decided that the business should be in full operation in the next nine to 10 months. We have product lines that we shall be working on. These include napkins, towels, and we shall also be introducing a production line for pampers and diapers. It would amaze many that there is still a high demand for nappies although some people believe that pampers are the way to go.”

Lupepe tore into the judicial manager, Madondo, whom he said was sabotaging his bid to bring the company back to life.

“I am of the view that judicial management should be a thing of the past. If you check well, most of the companies that have been placed under judicial managers have never recovered. It is the judicial manager who has emerged the biggest beneficiary in the scheme,” he said.

“In our case, the judicial manager has tried to sell off some of the equipment that has been there and we have had to block him. How do you help the company to get it out of its problems by stripping it of its assets?”

Lupepe accused Madondo of shutting him out of the company’s operations and suggested that the judicial manager “had run away with the business into the mountains”.

“I have tried coming in with investors and that has been blocked by the judicial manager. We can’t get access to information on what is obtaining there. The judicial manager has successfully ensured that I remain in the dark,” he said.

“There are some pieces of equipment that cannot be accounted for. It is missing and no one seems to know what happened or can even explain to us where that equipment is. The company has been cannibalised.”

He said under the new plan, Merspin was looking at employing 100 workers to kick-start the operations, with the number expected to grow with time.

However, Madondo, in an interview, hit back at Lupepe, accusing the businessman of in fact sabotaging the company’s revival bid.

“As you are aware, we are the judicial managers of the company after we were appointed by the (High) Court. Our responsibility and function is to get the company to operate efficiently and to manage its affairs,” Madondo said.

“We are charged with looking for investors for the company while the other shareholders also look for the same. In this instance, we have a situation where Lupepe has decided to disengage from the process.”

He said Lupepe had reneged on his earlier pledge to assist in securing investors for the company.

“We had a number of potential investors whom we asked Lupepe to talk to. We spoke to our own investors and got them to commit to the business. But as for Lupepe, he never followed up on his side of the bargain until those people gave up and here we are with a company that is struggling to come out of the woods,” Madondo said.

The judicial manager said Lupepe had also cut communication channels with the company.

“We have tried to talk to him on several occasions. All he has done is to put his lawyers as a shield and we are now forced to talk to the lawyers and it ends there,” he added.

Madondo, however, said despite Lupepe’s resistance the company would be set on a recovery path.

“As the judicial managers, we have managed to ensure that from our initiatives, we get production going no matter how little it is. We are doing spinning of yarn, among other things, whose final products we have managed to secure buyers and orders for,” Madondo said.

“We have a three-phase programme to ensure that the company gets back to what it was.”

He said the three phases entail a 12-month programme where minor repairs to equipment would be done to ensure production at a lower scale kicks off.

The second phase involves the procurement of raw materials and major repairs and replacement of obsolete machinery. He said under the third phase the company will be removed from judicial management.

“The entire programme is a five to 10-year programme where we will need investors to pump in about US$30 million. There is an assurance the investors will get their return on investment,” Madondo said.