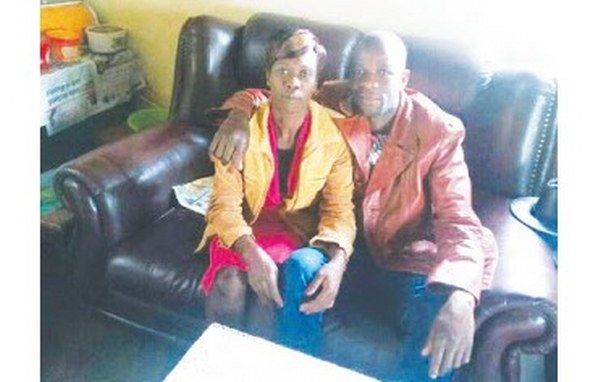 There was drama at Gutu Magistrates Court last Thursday when a couple that was just about to exchange wedding vows was stopped in its tracks by the lawful wife who suddenly pitched up.

Dzingai Chagwiza (49) of Old Location in Mpandawana in Gutu was standing before Magistrate Victor Mohamadi when the Magistrate asked if there was anyone with good reason why the couple should not be wedded to stand up and say it.

Chagwiza who works at Mudziwapasi as a butcher boy had his cake by his side and a ring ready for Precious Dube (32)’s finger when his lawful wife Queen Vhondo stunned the courtroom when she raised her hand and stepped forward.

Vhondo’s move was supported by Chagwiza’s relatives who had come to court to support the lawful wife. A number of relatives also raised their hands in answer to the Magistrate’s question. Magistrate Mohamadi cancelled the wedding and ordered the Chagwiza to go back and sort out his problems internally before he returns to court.

Vhondo told the court that Chagwiza was her husband whom she wedded in 1994 at Mukaro Mission and they have five children between them. She said that there was no divorce between them; they built a house and together they have 10 herds of cattle. She therefore wanted to know what was going to happen to this property.

Vhondo told The Mirror after the court case that she was tipped about the wedding by well-wishers.

“I was tipped by some of my friends that my husband was dating Dube who is a vendor at Mpandawana. I came to court and was surprised to see a big cake in front of my husband”, said Vhondo.

However, Chagwiza told the court that he had divorced Vhondo and they had lived separately for the last seven years and there was therefore no need for the wedding to be stopped.