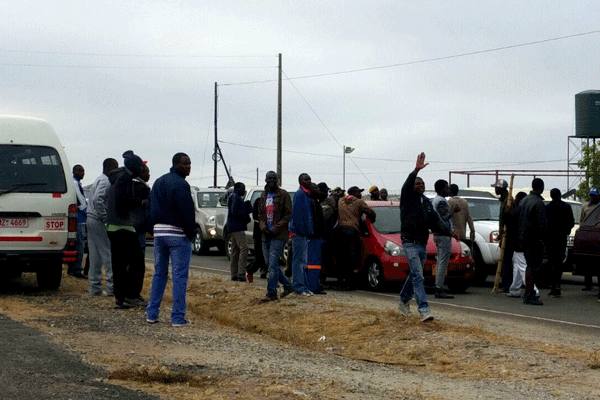 Ronald Moyo who stays in Mucheke in Masvingo was on Saturday mugged of R2 000 by touts who operate from a long-distance bus stop in Beitbridge that has become notorious for such incidents.

Moyo said that the incident happened at around 7:30pm at a bus stop which is opposite Chicken Inn along Beitbridge – Masvingo Highway. Moyo said what shocked him was the fact that the whole episode happened under the watch of some ZRP officers who did not react even though he called out for help.

He said that the cops continued to be busy on their phones.

Mat South Police spokesperson was out of office by the time of Press.

Moyo who was travelling from South Africa said he has since reported the case at Masvingo Police Station after he failed to do so in Beitbridge as he was in a hurry.

The touts also force travellers into certain vehicles against their wish and if they refuse, they grab their luggage and run away.

Moyo says he was mugged upon entering a Honda fit registration number AEK 4867 and the driver was Emmanuel Hove.

“The situation at the Chicken Inn rank is very bad and what makes the experience more chilling is that crimes are committed while the Police is watching. On the same night another woman lost all her money that was in her handbag,” he said.