EDITOR and cameraman attached to Goodness and Mercy Ministries’ media section was fired from work over dating a married woman in the same ministry.

Jasiel Mahufa, 29, of Kuwadzana Extension’s illicit affair with Nyaradzanai Tembo came to light after photographs they captured themselves ki_ssing each other leaked. 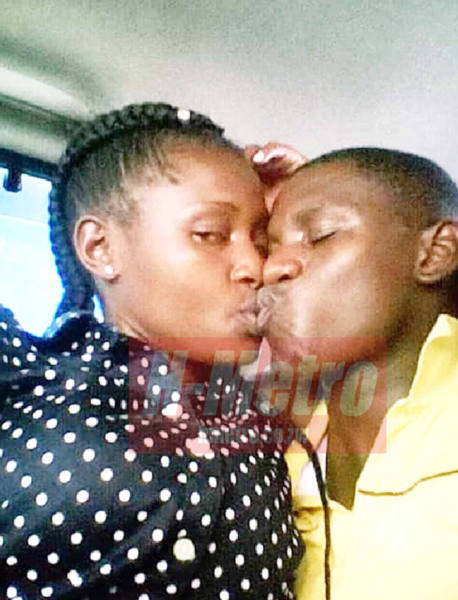 Mahufa is reported to have approached Nyaradzanai for love after he learnt that she was dating his cousin who is also a church member.

Impeccable sources told H-Metro that Mathias, Mahufa and Nyaradzanai disclosed that they had unprotected se_x when they appeared before church leadership.

Nyaradzai confirmed dating the two saying she was not aware that they were related to each other.

“It is true that I fell in love with Mahufa and his cousin but I was not aware that the two were related to each other although we are in the same church,” said Nyaradzanai.

“The matter has since reached my husband and we were also questioned by Prophet Freddy over this and I am not sure if Mahufa’s wife knew this.

“I have resolved the matter with my husband amicably,” said Nyaradzanai.

Mahufa confirmed bedding Nyaradzanai saying the issue had brought sleepless nights to him after Prophet Freddy discovered it.

“I cheated but it’s now water under the bridge. I do not know how my photographs with Nyaradzanai ki_ssing leaked and Prophet Freddy is fuming over this.

“I think it is better to know the truth from him and her husband was furnished about it,” said Mahufa.

Ministry church leader Prophet Tapiwa Freddy told H-Metro that he had ordered Mahufa to leave his camera and editorial position over the matter.

“I do not know how this issue reached you guys since I was involving top leadership in solving the matter,” said Prophet Freddy.

“Mahufa was discharging his duties professionally that if it was not his evil actions which affect marriages we were expecting him to do great with the introduction of our new kid, GMM TV.

“Issues like these affect me much because my ministry is there to build families and teach them to maintain their love and joy, so anyone who wrecks marriage has no place in the ministry.

“Is Mahufa the one who took the story to your attention because I fired him along with his cousin over failure to repent? I will not tolerate adu_ltery to compromise our ministry mission,” said Prophet Freddy.

Contacted for comment, Nyaradzanai’s husband Obseman who is also a member of the ministry said the issue is still to reach him demanding to know how H-Metro got the story.

“I do not know anything about such a story maybe tell me who brought it to you totangira ipapo,” said Obseman.

Meanwhile Goodness and Mercy Ministries is still to officially launch its own television channel that is already being viewed on screens.

“It is true that Goodness and Mercy Ministries has opened a television station and we are to officially launch it any time soon,” said Prophet Freddy.

Some church leaders recently highlighted adul_tery and pride in the position as some of the things contributing to poor attendance of church members in most ministries.