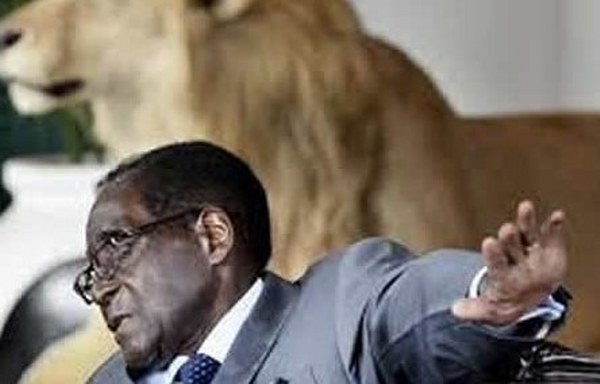 A Zimbabwe parliamentary committee gathered on Wednesday to hear evidence from former president Robert Mugabe, but there was no immediate sign that he would attend.

Lawmakers want to question Mugabe over his 2016 claim that the country had lost $15 billion in revenue due to corruption and foreign exploitation in the diamond sector.

The parliamentary schedule said Mugabe, who is 94 and in frail health, was due to give oral evidence but that his attendance was still to be confirmed.

Mugabe was not present on Wednesday morning as the committee met to start the hearing at 09:00 and there was no extra security at the parliament building in the capital Harare.

Journalists were asked to leave the committee room and told they would be called back later in the morning.

The head of the mines committee, independent lawmaker Temba Mliswa, told state-run The Herald newspaper on Tuesday that a letter summoning Mugabe was delivered last week.

“We now expect him to come,” he said, but added that Mugabe had not confirmed his attendance and was not legally obliged to attend.

No one in Mugabe’s office was available to comment.

Mugabe ruled from 1980 until he was ousted from office in November after a brief military takeover and has not been seen in public since.

He was replaced by his former deputy Emmerson Mnangagwa, a veteran loyalist in the ruling Zanu-PF party who was backed by senior military officers.

Zimbabwe discovered alluvial diamonds in Chiadzwa, in the east of the country, more than 10 years ago.

The parliament committee has already interviewed former ministers, police and intelligence chiefs on mining at Chiadzwa.

In February, Home Affairs Minister Obert Mpofu caused a storm in Parliament and divided legislators after he refused to answer questions on the alleged missing $15 billion diamond revenue.

Tempers started to flare when Mpofu swore that he would not be grilled by the committee, as long as its chairperson, Temba Mliswa (Norton MP), presided over the meeting.

The former Mines minister claimed Mliswa was fighting a personal vendetta, saying the Norton MP once drove 600km to his home to discuss issues with him.

Zimbabwe is due to hold elections in July or August, the first since Mugabe was unseated, with Zanu-PF widely predicted to retain power.