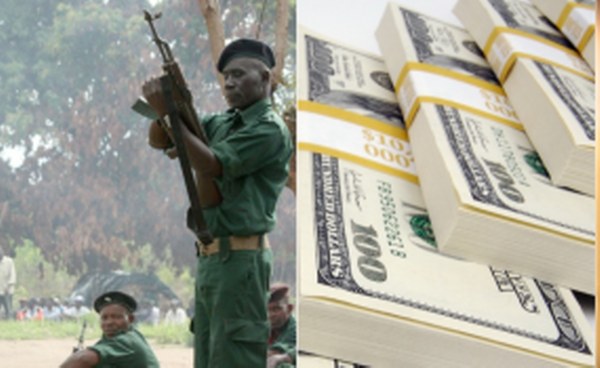 After he fled Zimbabwe in October last year and crossed into Mozambique, the then fired vice-president and now Zimbabwean President Emmerson Mnangagwa handed an armed member of Renamo (Matsanga) about $2000 (R25 000) in cash.

The Renamo man had stuck a gun to Mnangagwa’s head hours after he crossed into Mozambique. The story of his intriguing escape from the clutches of former president Robert Mugabe, who he had been close to for 40 years, was given by Mnangagwa’s oldest son, Emmerson, to the UK’s Sunday Times last week.

Mnangagwa was targeted last year by former first lady Grace Mugabe, who had political ambitions and also wanted to ensure her husband was the ruling party’s candidate in elections due in July or August. Emmerson Mnangagwa jr, 33, said his father had previously been poisoned at a rally when he ate ice cream allegedly produced by Grace’s dairy. He was flown by the military for treatment in South Africa.

But on his return, under threat, Mnangagwa denied that he was poisoned. He was sacked in October by Mugabe after a crowd at a rally booed Grace in Bulawayo. She and her husband had publicly humiliated Mnangagwa at several rallies.

Mnangagwa’s son said in his interview that he and his siblings believed their father would be arrested or killed if he remained in the country after he was sacked. “People were phoning to say: ‘they’re coming to arrest you and will put you in a police station and poison or hang you, and make it look like a suicide’. So my brothers and I told him it’s not safe for you to be here.

“Usually he didn’t take us seriously, but to our surprise he said, ‘ok, let’s get in the car and go’.”

They took temporary shelter in an unfinished house one of their other brothers was building in Harare. Plans to escape in a private jet fell through. Plan B was medical evacuation.

Overcoming Mnangagwa’s resistance, they got a doctor to write a letter authorising the evacuation. “In a bizarre act of subterfuge, it had to be smuggled out of the lavatory window of a Chinese restaurant as Mugabe’s agents were everywhere.”

They headed east and immigration officials tried to nab Mnangagwa as he crossed into Mozambique. He then walked at night and took a taxi to Beira.

From there, he flew to South Africa where he remained until shortly after Mugabe resigned as Parliament began proceedings to impeach him.

Mnangagwa had previously collaborated with Grace to ensure that then vice-president Joice Mujuru was ousted in 2013.

Mujuru was a member of the Zanu-PF since she crossed the border into Zambia to join the guerrillas fighting white-ruled Rhodesia. Mugabe had, since the coup, apologised to Mujuru.

Since Mnangagwa was sworn into office nearly six months ago, many Zimbabweans say they never knew as much political freedom since Mugabe came to power after elections in 1980.

But while political freedoms have increased, the public media has remained loyal to the head of state and Zanu-PF, and the cash situation has not improved. There was almost no cash in supermarket tills or in banks. Zimbabweans do their shopping by swiping their debit cards or paying for goods via their cellphones. Police, seen as previously loyal to the Mugabes, have stopped their roadblocks and forcing motorists to pay spot fines.