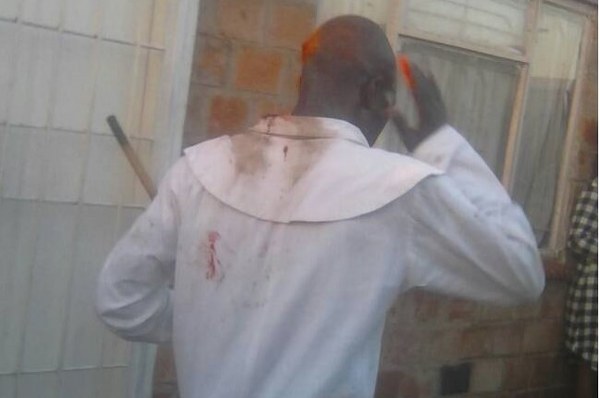 Residents of Cowdray Park high density suburb of Bulawayo were on Monday evening taken through an intriguing five hours of drama as a prophet went through a bloody battle with a creature presumed to be goblin he attempted to exorcise.

The prophet had been invited by the residents to “remove” the suspected goblin from a house belonging to a man who residents identified as a Mr Gumbo after they had been exposed to over two weeks of horrific attacks from the goblin.

The residents claimed that the goblin attacked them with stones shuttering windows and roofing of neighbours and also attacked people passing by the area with the stones.

“We could no longer stand the attacks by the goblin and so decided to contribute money as residents and invited the witch hunting prophet known as Tsikamutanda to exorcise the goblin,” said a resident who spoke to our correspondents.

“The prophet identified Mr Gumbo to be housing the strange creature but Gumbo initially denied having the thing in his house,” said the resident.

However, after applying his magic charm the goblin is reported to have emerged from Gumbo’s house leading to a protracted battle with the prophet.

The prophet was pelted with stones on the head and all over his body by the invisible creature leaving him bleeding badly.

The prophet conceded defeat and fled the house after Gumbo had also joined his goblin and chased the prophet out of the house in rage.

When our news crew got to the house Gumbo had closed off his house and was reportedly demanding that the huge crowd that had gathered around his house disperse and allow the prophet to deal with the goblin in a private ceremony.