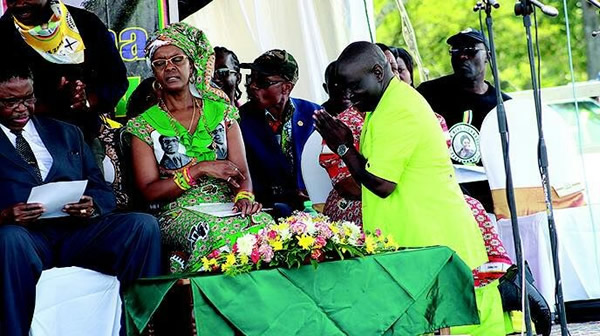 THE ZANU-PF camp in Mazowe North is reportedly divided after supporters aligned to the losing candidate, Minister Advocate Martin Dinha, are allegedly refusing to pledge their support to the winning candidate Campion Mugweni, Bulawayo24 has learnt.

According to Zanu-PF’s 2018 election rules, Dinha is supposed to be Mugweni’s campaign manager for the forthcoming harmonised elections.

Sources within the party allege Dinha is fighting hard to make the seat go to the opposition after losing the primaries to Mugweni.

“Our house is not in order Dinha is pumping money to his supporters especially in rural areas in a bid to make sure that Mugweni loses the seat to MDC Alliance which is pushing for it’s popular candidate Thulani Ndlovu to win the seat,” revealed the source.

Dinha is being accused of working closely with Mazowe North ward 4 councillor Michael Mutopa in sabotaging the revolutionary party.

“We have since figured out that councillor Mutopa is on Dinha’s side and is working hard to sabotage the party, though measures are in place to confront the duo on their shenanigans.”

Apparently Mugweni and Dinha do not see each other eye to eye after Dinha was being accused of sending life threatening messages to his successor.

Both Dinha and Mugweni could not be reached for comment as their mobile phones went unanswered.

Surprisingly ZANU PF leadership is calling for peace and those who lost to throw theIr weight behind the winning candidates but that is not the case in Mazowe North constituency.

News Muza Mpofu - 13 May 2021 0
Two people drowned while two others escaped after a vehicle they were travelling in developed a mechanical fault and fell off a bridge along...

In 2030 l will still be there: Constitutional Law expert Lovemore Madhuku blasts President...