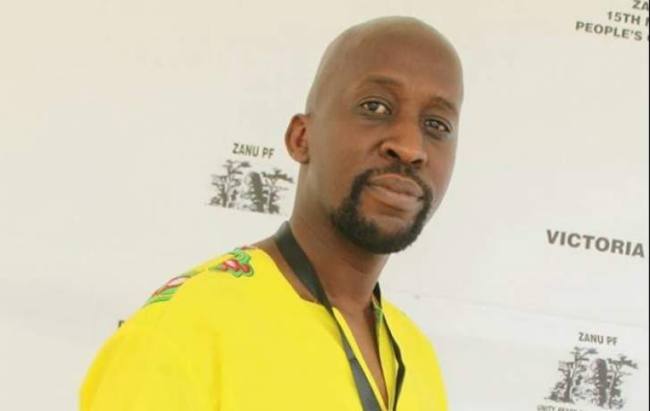 Under fire Deputy Minister of Finance, Terrence Mukupe has been fingered in an electoral manipulation storm after a group of students besieged his government offices demanding payment for voting him to represent the ruling Zanu PF in the Harare East parliamentary elections set for July this year.

Mukupe who also promised to facilitate drivers’ licence on top of money and residential stands for the more than 600 students who voted for him successfully defeated his fierce rival, Mavis Gumbo.

In an interview with 263Chat, disgruntled students said they had been manhandled by Mukupe’s bouncers when they were trying to seek audience over unfulfilled promises with the controversial Zanu PF politician.

“We are the ones who voted for him during the primary elections. I helped him to mobilize students from various colleges,” said Denzel Nkhata, leader of the group.

In a revelation of how Mukupe manipulated the Harare East primary elections, Nkhata said they created a new cell sheet made up of students while removing party members.

“Mukupe removed the Zanu PF cell sheet database and left only the students to vote and just a few Zanu-PF members. I have the database with me.

“The agreed payment fee was $7 250 but he gave his girlfriends (names supplied), with whom he is se_xually involved with. He gave them $120 each and the other girlfriend was given $500 while the rest did not receive anything. Now the students are on my back asking me for their payments since I’m the one who had mobilised.

“So when we came here wanting to talk to him, that’s when we were met with his violent thugs who happen to be Mukupe’s bodyguards,” narrated Nkhata while showing bruises sustained during the melee.

Contacted for comment, Mukupe refused to shed light on the matter saying he was attending a Zanu-PF healing session at the party headquarters.

“I cannot comment on that. I’m attending the Zanu-PF healing session at the moment,” said Mukupe before hanging up his phone.

The Zanu-PF primaries were marred by acts of vote-buying, rigging and manipulation with former Mashonaland West Provincial Minister, Webster Shamu being the only casualty as he was later dismissed from government after being found with marked ballot papers in his car.

Mukupe has of late been dominating headlines in local and international media after being captured on social media claiming that the military will not allow MDC Alliance Presidential candidate, Nelson Chamisa to rule should he win the forthcoming elections.

The controversial Minister also caused an uproar on social media after he accused the former Minister of Finance, Tendai Biti of forgetting to take his ARV pills while on national radio.