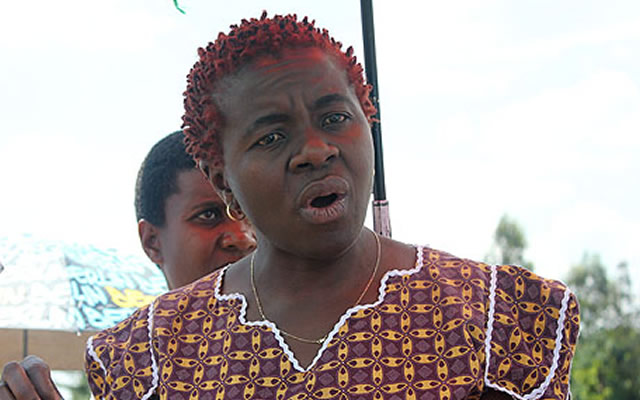 THE Nelson Chamisa-led MDC-T has succumbed to pressure from two of its top leaders, Jessie Majome and vice-president Elias Mudzuri and placed them on the party’s Senate list after they refused to participate in primary elections for fear of facing humiliating defeats.

Party chairperson Morgen Komichi yesterday confirmed that Mudzuri had been earmarked for a Senate slot, while Majome will either join Senate or automatically join the House of Assembly on the party’s women quota system.

Mudzuri of Warren Park and Majome (Harare West) were facing fierce challenge in their respective constituencies, with the latter threatening to go independent instead of contesting party primaries against student leader Joanna Mamombe.

“Most of the things she (Majome) raised, we have addressed them. She raised those issues prematurely, but we have been discussing. What is left is for us to agree on the way forward. If she is not prepared to go through the primary elections due to sticking issues, we would offer her the proportional representation slot or the Senate,” he said.

“She is a very important asset to the party and we still want her,” she stated.

Majome had announced plans to withdraw from the MDC-T primary elections, citing irregularities in the process and said she would contest as an independent in the forthcoming general elections.

Komichi added that Mudzuri was no longer participating in the internal polls as he was now on the Senate list.

“We respect our senior party members, but do the people on the ground respect that? They want people who are popular and this is seen during primary elections, so respecting seniority has its own problems. So we have engaged our vice-president and he has agreed to be on the Senate list and will not be contesting in the primary elections,” he said.

Mudzuri had taken to Twitter pleading for special treatment as a senior party member.

“As a vice-president, I cannot be seen being challenged by junior people unless the idea is to reduce me into a political midget. Besides, some of these people do not fit into the election template that we have set as a party. You cannot have a whole vice-president going into a ward and subjected to primaries with junior members. I am in the presidium and have been acting president. Nowhere in the world do you see that happening. It is a joke. I hope someone is not playing political games meant to reduce me into a midget,” he tweeted.

Komichi said the party had also set up an elections tribunal which would handle all grievances raised by losing candidates.

News Tshuma Rueben - 16 January 2021 0
The Ministry of Finance and Economic Development has approved a request by the Zimbabwe United Passenger Company (ZUPCO) review bus fares. In a letter...
Loading...