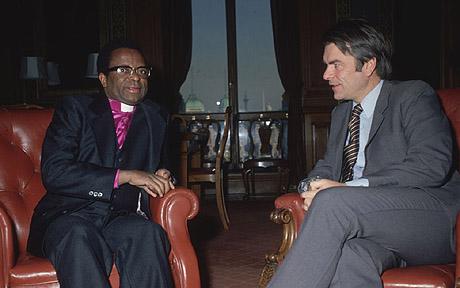 OPPOSITION reaction to Wednesday’s announcement of the election date was mixed with some parties saying they were ready to send President Emmerson Mnangagwa packing while others demanded progress on electoral reforms.

Mnangagwa confirmed that elections would be held on July 30 with a presidential run-off set for September 8,  if required.

The ballot is the first after the ouster of former president Robert Mugabe who, according to critics, ruled the country with an iron fist since independence in 1980.

Mnangagwa took over power last November after a military-led revolt against Mugabe.

Opposition rivals warned that Mnangagwa faces a repeat of what happened in 1979 when UANC leader Abel Muzorewa led then then Zimbabwe-Rhodesia for just six months before the 1980 independence elections.

“We want all the reforms implemented equally, there can’t be an election without reforms,” Ngarivhume told NewZimbabwe

“Now that the date is there implementation of reforms must be quicker.”

“ZEC is still to publish a final and audited national voters’ roll but already the President has promulgated that elections will be held on July 30. This sounds extremely fishy and suspicious,” he said.

“In addition, the issue of the security features of the ballot papers, including who exactly is going to be printing them is still being hotly contested by opposition political parties.

“It would appear that the Zanu PF government is playing its usual tricks of manipulating the voters’ roll.

“Although opposition political parties are free to hold meetings and rallies anywhere they like in Zimbabwe, the rigging plan seems to be highly technical and sophisticated this time around.”

Coalition for Democracy (CODE) presidential candidate Elton Mangoma lamented the fact that his court case challenging the Electoral Act is still to be heard.

“We are very concerned that Mnangagwa has made the proclamation now when the voters roll is not ready and when we don’t know when it is going to be ready,” he said.

“When, in particular, several problems were found with voters roll so, essentially, he (Mnangagwa) himself knows what is happening.”

“I, for instance, I have a challenge in court which was supposed to be heard in the Constitutional Court and through this promulgation it clearly means that the Electoral Act will not be aligned to the Constitution which is a problem.

“So what Mnangagwa is trying to do is to make sure that he goes into an election with an Electoral Act that is not aligned (to the Constitution); all he wants is to win at all cost and this is wrong for someone who wants a free, fair and credible election.”