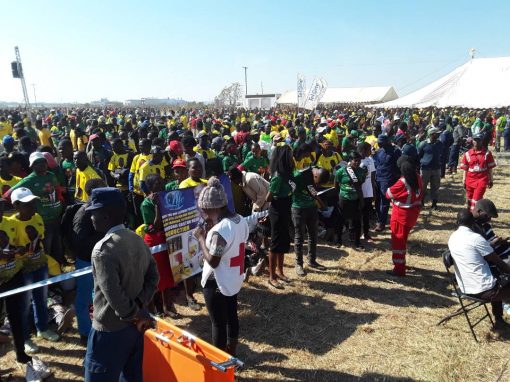 09:40 – The stage is now set and the participants are raring to go – As President Emmerson Mnangagwa is set to address the Zanu PF Youth League at the Mkoba Open Space, outside Mkoba Teachers College in Gweru. 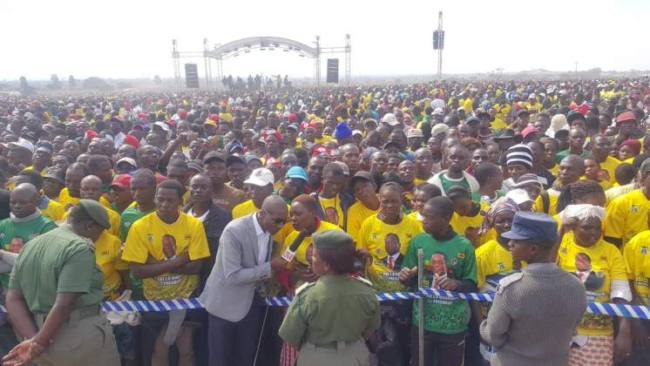 10:15 – Surely the wait should be over with the arrival of the guest of honour, President Mnangagwa anytime from now

11:27 – We are now bringing to you the proceedings of the convention.

11:34 – The ruling party is now in full time campaign mode after President Mnangagwa yesterday proclaimed the 30th of July as the day Zimbabweans will go to the harmonised polls. The Nomination Courts will sit on the 14 of June to receive names of candidates to contest the elections.

11:40 – President Mnangagwa has arrived at the venue and is currently attending a briefing from the organisers of the event. 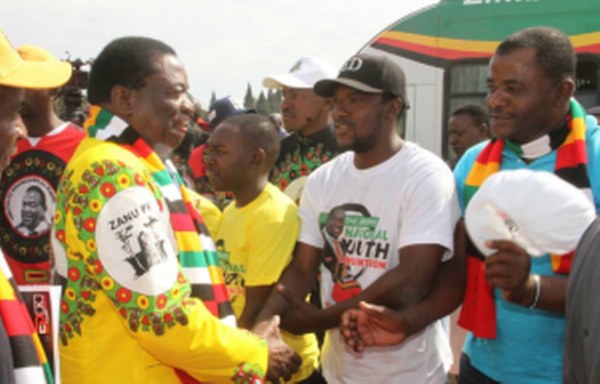 11:46 – There is full of entertainment here, with Sniper Storm taking to the stage.

11:49 – A brief interview with the Minister of Youth, Sport, Arts, and Recreation, Cde Kazembe Kazembe, saw him speaking about programmes his ministry is doing to empower youths in the new political dispensation. Among the programmes is that of financial inclusion through the establishment of the EmpowerBank and opening Vocational Training Centres to empower youths with various life skills, that’s an answer to employment creation.

11:55 – Also interviewed was Zanu PF Central Committee member, Cde Larry Mavhima who spoke about the significance of ED connecting with youths, saying ED is a listening President. He urged those who haven’t registered to vote to do so now that the election date has been proclaimed.

12:16 – Proceedings officially begin with the singing of the National Anthem.

12:34 – Leaders of Zanu PF affiliate groups such as ZICOSU and the National Youth Service are also introduced.

12:40 – Cde Tsenengamu urges losing candidates in the party’s primary elections to move forward and unite with the winners. He says he is one of the losers [in Mt Darwin South Constituency] and he has since learned the game of elections and moved on to campaign for all Zanu PF candidates.

13:19 – Sandra Ndebele takes to the podium, representing the youths in arts, and applauds the government for introducing the local content policy. “We have so much to offer if we get the recognition that we deserve,” adds Ndebele.

14:07 – Cde Togarepi: “The body language in the presiding is a source of confidence in all of us. We are the only political party in Zimbabwe which has such cohesion. We can see that for the first time in our history, we have a united leadership which guarantees the future of our youths.”

14:12 – Cde Togarepi applauds Cde Mnangagwa gor preaching peace in the country, adding that as youths, they have learnt not to castigate their political opponents.

14:21 – Cde Togarepi concludes his speech by urging youths to take the EDHasMyVote campaign to all parts of the country.

14:23 – Now Vice President Chiwenga is up to introduce and request President Mnangagwa to address the gathering.

14:26 – Cde Chiwenga says the presidium present is humbled by the overwhelming turnout at the convention.

14:43 – VP Chiwenga urges party members not to be drawn into ugly verbal fights with rivals.

14:46 – He reiterates that the country is in safe hands in this new political dispensation, adding that the leadership is focused on its pledge to transform the country into a middle income economy by 2030.

14:58 – The wait is over as President Mnangagwa takes to the podium.

15:07 – ED says he has met various stakeholders of the country among them the business players and agreed that ‘we now want to develop the economy and and we do this we want investment in the country, both local and international.’

15:08 – ED says he has also met war veterans to thank them for their sacrifice to liberate the country during their youth days and today he is meeting the youths to tell them how their future can be shaped and safeguarded, and this will only be possible if they vote Zanu PF.

15:13 – ED adds that the new leadership has prioritised the revival of industries like ZISCOSTEEL and all other sectors of the economy such as the NRZ.

15:17 – ED: “Business brings food on the table, sends children to school, builds hospital and there is development only if there is business, so Zimbabwe is open for business.”

15:25 – The President says he yesterday met both the winners and losers of the Zanu PF primaries and urged them to unite. And on statements by one losing candidate, Godefrey Tsenengamu that youths have now learnt the tricks of elections, Cde Mnanganga says: “Hatihwini nematricks. The trick is to work so that people vote for you.”

15:31 – ED says the government is committed to support youths in various sectors of the economy including those in the arts industry and led by Sandra Ndebele. He says youths must unite and approach the government with sound projects proposals for funding.

15:32 – ED says they are working on repossessing and downsizing farms from those with more that one and big farms respectively and youths will benefit from the initiative. He adds that the focus is to make the land more productive. He says: “With Command Agriculture, we are saying good-bye to food shortages, whether we have rains or not, we are working of irrigation systems.”

15:34 – He says the youths should follow the party ideology and how the leadership of the party looked after the country’s heritage.

15:40 – ED reiterates calls for peace saying everyone should be an ambassador of his peace message. He adds: “God blesses people who are united and I am glad that Zimbabweans are peace-loving country.”

15:41 – ED says the emphasise of his administration is hard work, hark work to rebuild the economy and create employment for the youths.

15:50 – ED on corruption: “Masamba asiyana, vanga vachifunga kuti ticharamba tichiita zvatanga tichiita tichitenga ma prosecutor zvaparara. I appeal you the youths to the eyes and ears of the government. We must be smart in what ever we do, we must have smart communities, towns and cities.”

15:55 – ED blames poor service delivery in towns on that councils are under the control of the opposition which is bent on corruption. He says there are lots of potholes in most of the country’s roads, adding that it has taken the intervention of the Minister of Transport and Infrastructure Devevolopment to see that current refurbishments of the country’s roads. He urges people to vote Zanu PF candidates from council level so that the ruling party takes control of local authorities and transform towns and cities in line with the party’s developmental agenda.