President Emmerson Mnangagwa has conveyed his condolences to the families of the Zanu PF supporters who died in a road accident in Norton on Thursday night.

The two members who perished in a road accident were on their way from a ZANU PF Youth Convention that was held in Gweru. 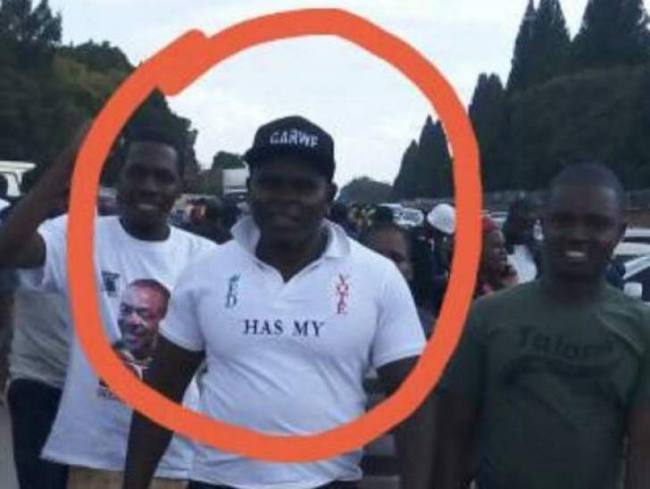 He described their loss as unfortunate.

“We mourn the demise of one of our comrades from Mbare. Cde Vengi died on his way from the Youth Convention in Gweru. May His Soul Rest in Peace. We pray for quick and full recovery for the injured.

“What pains me most is that their deaths came too early before a young leader of their generation could show them kuti nyika inotogwa sei.

SO SAD: 2 men bash man to death for failing to pay them after...

News Edmore Huni - 23 June 2021 0
TWO men have been arrested for allegedly beating up a man to death for failing to pay them after they had given him a...

Man stabs lover to death after heated argument in bedroom…Chaos as residents set his...

News Muza Mpofu - 23 June 2021 0
THE country will be on hard lockdown for 21 days. This is the claim made by EFF leader Julius Malema in an interview with television...

News Muza Mpofu - 23 June 2021 0
SIX gun-toting robbers recently pounced on a Mutasa family and made good their escape with a Nissan Caravan vehicle, cash and property. The robbers, who...

News Sekai Moyo - 23 June 2021 0
A 30-year-old man died on the spot after a Honda Fit vehicle he was travelling in overturned along the Gweru-Shurugwi Road. Inspector Mahoko said the...

News Edmore Huni - 23 June 2021 0
A 19-year-old woman was found hanging from the roof trusses at her home in Mkoba, Gweru in a case of suspected suicide. Midlands Provincial Police...

JUST IN: Disaster as 6 die, 519 test positive for Covid-19 in Zimbabwe

JUST IN: President Mnangagwa flies out

News Muza Mpofu - 23 June 2021 0
President Mnangagwa has arrived in Mozambique for the SADC extraordinary summit that also coincide with the regional bloc’s 40th anniversary. The President was welcomed at...