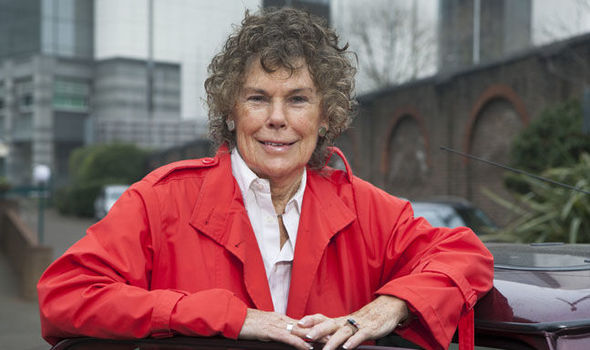 The United Kingdom has told president Emmerson Mnangagwa his administration will only be accepted into the Commonwealth after conducting free and fair elections.

The bold message was conveyed soon after a meeting between two British MPs who last month had met MDC Alliance leader Nelson Chamisa.

One of them works for Britain’s most influential official, the Foreign Secretary Boris Johnson.

While the state media claimed that the MPs spoke positively about the upcoming elections, the sharp message from the UK government is that there will not be acceptance into the Commonwealth if Mnangagwa does not hold free and fair elections.

Ms Hoey is also chairperson of All-Party Parliamentary Group on Zimbabwe while Mr Burns is a parliamentary private secretary to Mr Boris Johnson, who is a Member of Parliament and British Secretary of State for Foreign and Commonwealth Affairs.

Ms Hoey described the meeting with President Mnangagwa as fruitful.

“We had a very interesting and useful meeting,” she said.

Ms Hoey said they were in the country to look at how election processes were going and hear about the issues Zimbabwe had raised with Britain.

“We want to hear about issues raised with us,” she said. “I think we find it to be the most useful visit. We are hoping very much that you are going to have a free and fair election and that we can really start to re-engage with Zimbabwe again as British Parliament and British government.

“I think we would all like to see a successful election and we can do what we can to make sure that it is monitored properly. We are pleased by that. I have been here a number of times and I have seen a number of changes which I welcome already.”

Ms Hoey said elections would not be possibly free and fair if they had witnessed violence like what happened with previous polls.

She warned political leaders to be wary of soft violence.

Ms Hoey said President Mnangagwa had assured them of a credible election.

Mr Burns said the British government welcomed Harare’s intention to re-apply for membership of Commonwealth, saying the move was a powerful signal to the world about the change in the country.

“It is a very important journey,” said Mr Burns, who is visiting Zimbabwe for the first time. “The step on that journey to re-join the Commonwealth will be the election you will have in July.

“We welcome the commitment by the President that elections will be free and fair. We also welcome the Government position to invite international observers from all over the world, from different organisations and countries to come and see that process.

Ms Hoey and Mr Burns would be in the country for a few days and they are expected to travel to Bulawayo today where they will also meet other political players, civil society, churches and organisations, as well as talking to people in the streets.

Mr Burns paid tribute to the people of Zimbabwe for their hospitality saying they had so far met a number of schoolchildren.

“They were neat and tidy and incredibly polite when we were speaking to them as we were going around. They are a great tribute and a great hope for the future of this country.”

President Mnangagwa this week proclaimed July 30 as the date for harmonised elections to choose the President, National Assembly members and councillors.

He also fixed September 8, 2018 as the date for the Presidential election run-off if it becomes necessary while the nomination court will seat on June 14.