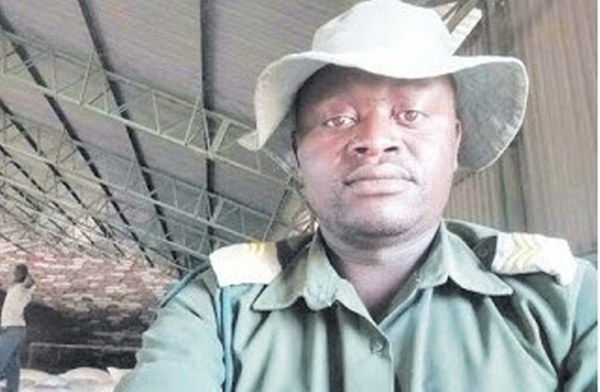 A Masvingo prison officer who is accused of being promiscu0us to the extent that he cannot stay with one wife for a while is in the eye of a storm after his legally married wife Lizzia Masikati ganged up with two small houses and are accusing him of seduction.

Zimbabwe Prisons and Correctional Services Discipline Officer Simon Masikati (36) married Lizzia in 2014 and according to documents shown to The Mirror they then had a white wedding. However, barely months later, Masikati allegedly moved in and was staying with another woman and this forced Lizzia to seek maintenance from the courts and she is getting $250 for herself and her child, she told The Mirror.

After Lizzia, Masikati allegedly hooked up with Gladys Mataga and they stayed together at Masvingo Remand Cottage.

Masikati refused to comment. He told The Mirror to get the comment from whoever is giving the newspaper the information.

Masikati allegedly proposed love to Gladys Mataga in 2017 who is 30 years old and works as a housemaid in Rhodhene. Together they have a child who is four months old.

Gladys has a chilling story to tell. After staying together with Masikati at Masvingo Remand Cottage she got pre_gnant and the child was born in a backyard because Masikati feared that if she was born in a hospital his wife would discover and make a lawsuit. The baby was therefore allegedly delivered by an elderly midwife called Dzidzai Jongwe who is popularly known as Madzimai Winnie who operates from near Mucheke Rank.

Gladys claimed that after the birth of the child, Masikati brought sticking tape and wanted it stuck over the baby’s mouth and nose in order to suffocate and kill her but the midwife refused to cooperate. He allegedly tried to convince Gladys to kill the baby but she refused. Gladys says Masikati has never bought anything for the baby and the baby is now staying with his sister at Ndanga Business Centre in Zaka.

Masikati is said to have now dumped Gladys and he is staying with Catherine Sibanda a workmate in Rujeko B as husband and wife. The Mirror called Catherine who confirmed that the two are indeed dat!ng. She however, said that Masikati told her that he was not married.

Gladys says it was when Masikati had dumped her that she realised that the man had another wife after all. She then looked for the wife and found Lizzia who indeed produced her marriage certificate. The two angry women are prepared to do whatever it takes to bring the man to justice for going around seduc!ng women.

Gladys confirmed that Masikati is now having another relationship with Cathrine Sibanda who is also a ZPCS officer residing at Rujeko B.

“I want him to pay the damages he did to me, I suffered a lot, my baby has nothing to wear nothing to eat and to make matters worse I gave birth behind a house without proper sanitation”, Gladys said.

“He took my salary every month end and spent it all with Cathrine Sibanda at Rujeko where they are now residing together”, Gladys added.

“Each time I ask him about his affairs he claims these women are the ones who approach him first asking for a relationship”, said Lizzia Masikati.

News Cynthia Goba - 23 November 2020 0
Deputy Minister for Defence and War Veterans Affairs Cde Victor Matemadanda is out of danger after a health scare. Cde Matemadanda who was at some...

News Muza Mpofu - 23 November 2020 0
MDC Alliance president Nelson Chamisa says institutions such as the African Union (AU) must take a tough stance against leaders on the continent that...
Loading...