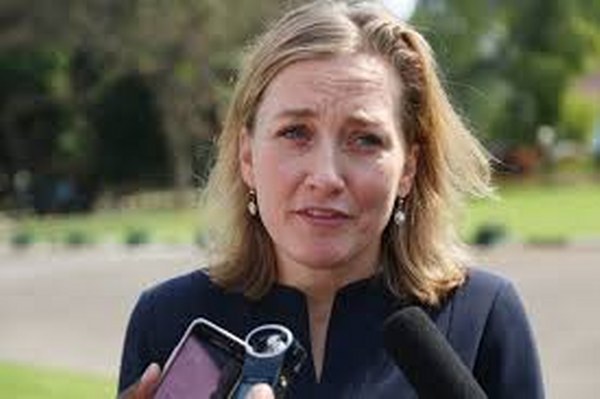 NETHERLANDS ambassador to Zimbabwe, Barbara van Hellemond says the African nation still has a long way to go before it can be trusted with investment from her country.

Speaking at a business to business matchmaking seminar yesterday involving farmers in livestock, horticulture and poultry from Netherlands and Zimbabwe yesterday, Hellemond said there was still more that Zimbabwe needed to do to attract Dutch investors.

“We are not talking about investors yet,” she said. “There is still more to be done by Zimbabwe to have investors in the country, values that they need to have in order like the rule of law, anti-corruption and also a stable economy.

“However, we are here to build trust with Zimbabwe as a nation.”

Presently, trade between the two countries is heavily skewed in the Netherlands’ favour.

Statistical agency, Zimbabwe National Statistical Agency says between January 2017 and March this year, exports to Netherlands totaled $3,67 million, while imports from that country were $24,56 million.

Hellemond was speaking at a seminar organised by BancABC meant to help farmers in the livestock, horticulture and poultry sectors get investment from companies in the Netherlands.

BancABC brought in several companies from the Netherlands to engage with local farmers.

The objective of the mission was to introduce and familiarise Dutch companies with the Zimbabwean market and to generate investment along with trade opportunities between the two countries.

Agriculture, Lands and Rural Settlement minister Perrance Shiri said the meeting was meant to build relationships with other countries, a policy direction the government was taking.

“Such a trade mission compliments the efforts being made by the current government to resuscitate our agricultural system and bring back the country to its African bread basket status.

“Our President Emmerson Mnangagwa, has been travelling across the world to advise investors that Zimbabwe is now open for business,” he said.

ZimTrade acting chief executive officer, Allan Mujuru said the meeting was good as it could re-energise horticulture in Zimbabwe.

“There is massive potential, if you recall in the 1990s, Zimbabwe was one of the biggest horticulture exporters in Africa followed by Kenya.

“But, fast forward to 2017, in Kenya horticulture is a billion-dollar business, while in Zimbabwe it is in the millions,” he said.