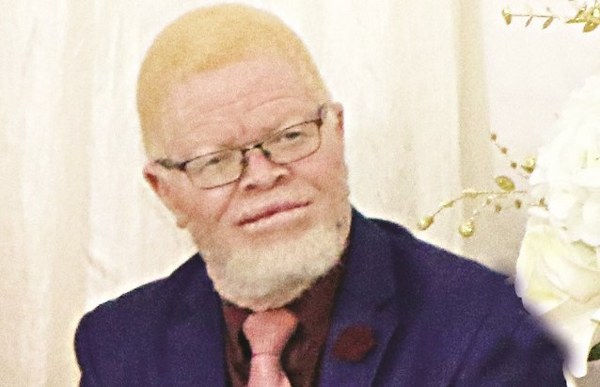 PROMINENT Bulawayo pastor and founder of Praise and Worship Centre Bishop Trust Sinjoki has been accused of se_xually harassing female congregants at his church.

A number of women have alleged they were forced to leave the church due to the senior pastor’s se_xual advances.

They alleged he hugs them inappropriately and touches them indecently.

Congregants have accused senior church leaders of turning a blind eye to the alleged abuse.

The bishop allegedly abuses members in between church services.

In an interview yesterday, Bishop Sinjoki said he knew about the se_xual harassment complaints but professed his innocence.

“As far as I’m concerned it’s not true. My stance as a Christian is to apologise whether I offended someone knowingly or unknowingly. I apologise to the church family and family and friends,” he said.

Bishop Sinjoki said the matter had been discussed in various platforms in the church without evidence to nail him.

“I’m aware of the allegation, the hear-say and talk that has been around. We sat with a couple of people who said they heard that. We thrashed it out with those people as far as I know. Those that I have been told to apologise to, I have apologised. I wasn’t aware of why I apologised to them. Whoever brought it up to you knows that I have apologised,” he said.

One of the church members, Ms Loreen Ncube, said despite the pastor’s public apology, more women have continued to raise se_xual violation complaints against him.

She said she has taken up the matter with the church elders who seem not to be taking action.

A former church member, Ms Lifaqane Nare, who has a close relative who lodged a complaint against the Bishop, said the church was protecting him. Ms Nare said more women can open up if the case is made public.

“This has been going on for a long time. And it has happened to a number of people. It ranges from inappropriate touching, making you uncomfortable, to outright indecent assault,” she said.

“I do not think the church leadership has handled this well. If they had, it would not be continuing and even escalating. It would not be happening right in the church building, even in between services.”

She said the problem with church institutions is that pastors have been made sacred people who cannot do wrong. “The church talks about not touching the anointed. I am no longer sure whether this means only the pastor is anointed and everyone else may be sacrificed at the altar of his pleasures,” Ms Nare said.

“The pastor has authority and power and the veil of silence protects him. In that kind of environment, a se_xual predator will always flourish preying on the young women in the church: playing victim when he is caught and taking no responsibility for his actions.

“He is accountable to no one. And with our silence, we all become enablers, helping him to continue preying on the next and next.”

“As elders and the church, we don’t condone any acts of se_xual misconduct or se_xual harassment of women in any form, we take such issues seriously.”

Cases of se_xual harassment involving man of cloth are in the increase in the country.

Recently, a Bishop at the Church Ways of Salvation Apostolic in Bulawayo was sentenced to 21 years in prison for ra_ping his daughter while telling her he had been instructed to do so by the Holy Spirit.

The Bishop (49), a father of six, started ra_ping his daughter when she was 14-years-old after she had been ra_ped by a neighbour. He would tell the now 19-year-old that she was “extremely beautiful” but he could not marry her as she was his daughter.

News Muza Mpofu - 4 December 2020 0
AS Zimbabwe joined the rest of the world in marking the annual 16 Days of Activism Against Gender-Based Violence campaign, which is meant to...
Loading...