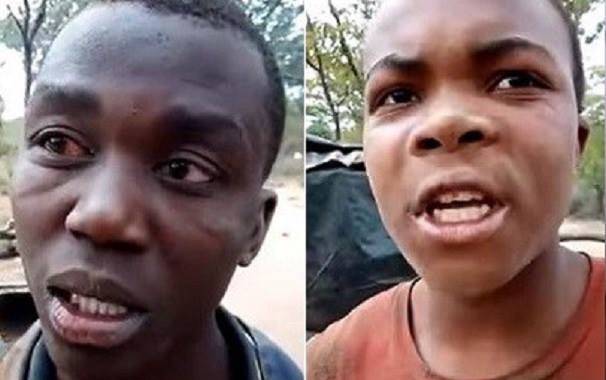 A Chinhoyi magistrate has jailed three artisanal miners — known as the “Tobva Tadii Paya” gang to seven years in jail each, for rap_e. The group’s video went viral after being recorded while narrating how they gang raped prostitutes. However, a 16-year-old who was among the group will spend the next three years at Kadoma Probation Centre. Regional magistrate Mr Amos Mbobo had initially sentenced the gang — Romeo Chirara (18), Admire Chirongoma (18) and Thabani Gaza (20) — to 10 years in jail, but suspended three years.

In mitigation, the four pleaded with Mr Mbobo to be lenient with them saying they wanted to go back to school.

Mr Mbobo said although the gang had committed a callous crime he reduced the sentence after considering that they were young and lacked guidance from their families. He said the gang also faced six other counts, which were not considered during their trial because the complainants did not attend court.

The other count of assault was also set aside considering that the quartet had already spent more than a year in custody.

“So this court will have failed if it gives you a lighter punishment. One of you would rap_e while the three of you watched and that behaviour is totally unacceptable.”

Charges against the quartet arose on July 4 last year when they entered rooms housing pr0stitutes at Mugwanya Compound in Battlefields armed with machetes, knives and empty beer bottles.

The four ordered one of the complainants’ client to hide behind a curtain before they gang-rap_ed the women while using protection. The court further heard that although the women called out for help they were threatened and subdued by the three men and teenager.

The gang also stole four cell-phones before disappearing into the night.

The women reported the matter to the police the next morning leading to the arrest of the four. Mr Trustmore Mukarati prosecuted.