IF cops hadn’t arrived when they did, a suspected thief (26) would have been burnt to death yesterday.

The man and his friend allegedly stole a TV from a neighbour in E section of Umlazi, south of Durban. 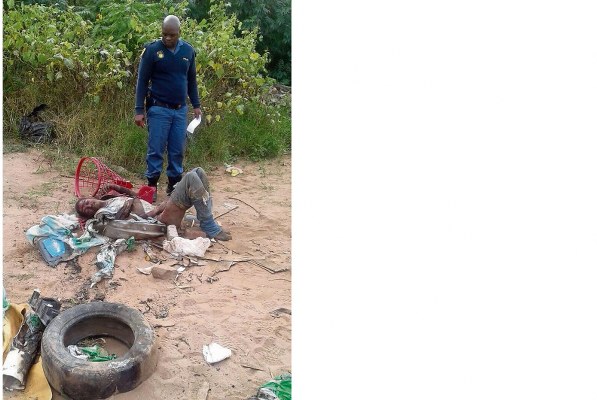 Residents chased them and one man managed to flee but the other was caught and moered by members of the community.

A resident said the man was lucky cops arrived minutes after he was set on fire.

“The police were called by residents who said there were people who were trying to burn a man alive,” said the resident.

“People ran away when they saw the police. They left the burning tyre around his body. Cops called an ambulance and he was rushed to hospital.”

Another resident claimed the thug is from KwaMakhutha.

He said the suspect was caught easily because he didn’t know the neighbourhood well.

“We are sick of these thugs. We don’t support the killing of people but we are gatvol because we have lost too many valuable goods to criminals,” said the resident.

Zwane warned members of the public not to take the law into their own hands.