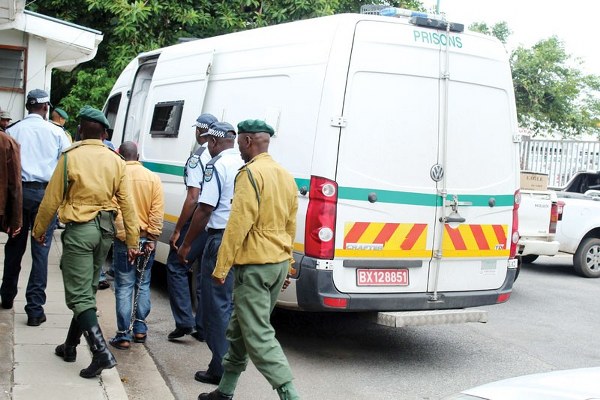 BOTSWANA police have arrested two Zimbabwean men, one of them a bogus lawyer, for allegedly practising in the neighbouring country without proper qualifications and documentation.

According to media reports in the neighbouring country, Nkosana Admire Ngwenya (27) of Ngwenya and Associates and Meshack Nyakaswa (42) of Nyakaswa Legal Services were arrested on Tuesday on suspicions of forgery and practicing law without proper qualifications and documentation.

Ngwenya, a qualified lawyer who is alleged to be in Botswana illegally, is facing a charge of forgery by operating a law firm in Phase 2 location in Gaborone without residence and work permits.

Police preliminary investigations revealed that Nyakaswa is not a qualified lawyer, but has been appearing before the courts.

Ngwenya, also charged with obtaining by false pretences, is alleged to have been appearing before disciplinary boards.

According to the Mmegi newspaper, the two men alleged to have been employing non-citizens are suspected of forging documents which were tendered before a Botswana High Court judge Justice Michael Mothodi and other lawyers.

The two suspects are in police custody and expected to appear before at the Broadhurst Magistrate’s Court today.

Last year, another Zimbabwean, an ex-member of the Zimbabwe National Army, Limukani Moyo, was arrested in Botswana on 14 counts of fraud after he allegedly masqueraded as a lawyer and collected over 62 000 Pula from unsuspecting clients who sought legal representation.

He faces 14 counts of obtaining by false pretence (fraud) and one of unlawfully remaining in Botswana beyond 90 days between October 31, 2012 and June 21, 2017.

Moyo allegedly defrauded several Botswana citizens of over P62 000 claiming to be a duly registered lawyer.

The offences were committed in Gaborone between November 2014 and June 2017.

Initially, Moyo was said to have defrauded 165 people, but the prosecution has since confirmed only 14 counts against him.