President Emmerson Mnangagwa has been evacuated from White City Stadium in Bulawayo following an explosion which took place just as the rally ended.

Presidential spokesperson, Cde George Charamba said the President was not hurt and is now at State House.

He said we now await to hear from the police about the explosion and what could have caused it. 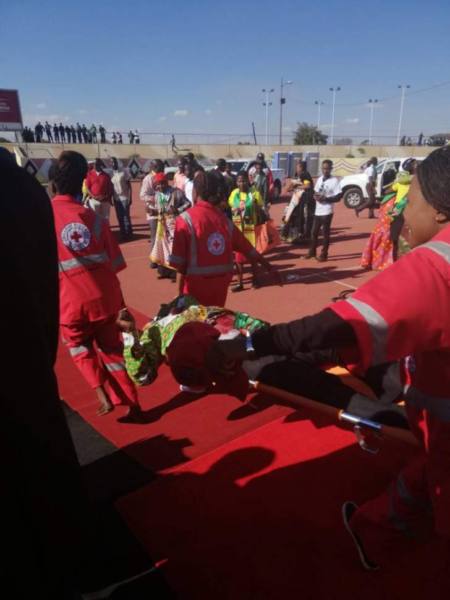 Vice President Kembo Mohadi was injured on the leg and was taken to a local hospital for treatment.

The Zanu PF National Chairperson Cde Oppah Muchinguri-Kashiri is also said to have been injured but we could not confirm the extent of the injury. 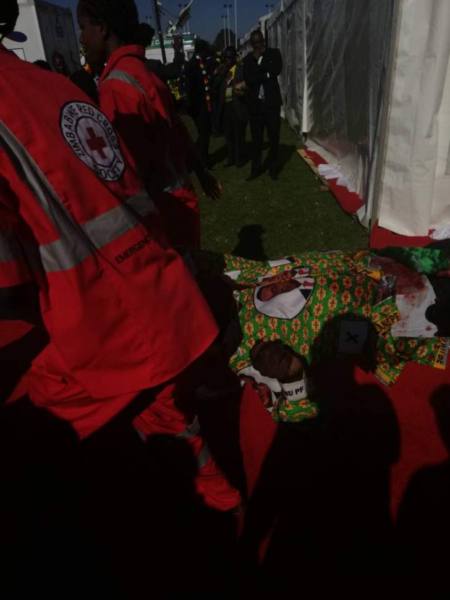 It is still not yet clear how many people could have been injured as a result of the explosion.

Indications are that the explosive could have been placed under the VVIP stage close to the exit which was used by President Mnangagwa and officials seated on the high table.

Meanwhile, President Mnangagwa addressed a packed campaign rally at White City Stadium this afternoon which was disrupted at the end by an explosion.

My first client had the biggest pεnis I’d ever seen: Pr0stitute in trouble after...

News Edmore Huni - 1 October 2020 0
ALL she wanted was to get more clients. But she now has bigger problems. This is because instead of the sangoma helping her get more clients,...

News Muza Mpofu - 1 October 2020 0
Zimbabwe has only opened international airports to passenger traffic while land borders remain closed to human traffic for the time being. Only commercial traffic, diplomats...

News Muza Mpofu - 1 October 2020 0
A ZANU PF activist considered a political novice has been elected to represent the party in a December by-election to replace sacked Chivi South...
Loading...