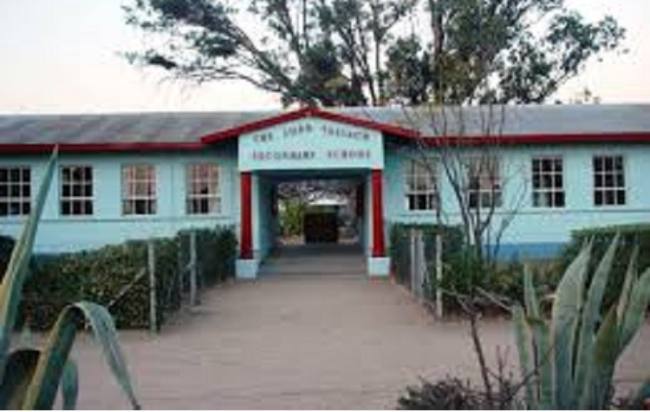 TEN pupils from the Presbyterian Church-run John Tallach Secondary School on the outskirts of Bulawayo have been sent home after they were allegedly caught having a se_x party at the headmaster’s house.

Five pairs of pupils in Forms 3 and 4 allegedly spent the night at the residence before alert matrons realised that some girls were missing from their hostels.

“I can confirm that we received a report in which 10 pupils have been sent to bring their parents for a disciplinary hearing after they were caught engaging in some se_xual activities at an illegal party. They gained entry into the headmaster’s house in his absence,” he said.

Mr Mpofu said he could not give more details as investigations were in progress.

“We agreed that they be sent home to bring parents so I hope to be in a better position to give further details after we engage the parents on the matter,” he said.

Members of staff who spoke to The Chronicle on condition of anonymity said the pupils were busted after “a lot of noise” emanated from the headmaster’s house.

A teacher at the school, which is located in Ingwenya communal area – about 40 km from Bulawayo – is said to have gone to investigate and caught them red-handed groaning in pleasure having doggy-style se_x.

The school deputy headmistress, Ms Norma Mclean, declined to comment on the matter as it was being handled by the Ministry of Education.

“Please contact the PED for all your questions as he is the one handling the matter. Those are still allegations and I am not at liberty to speak to the Press,” she said.

The Chronicle visited the school yesterday and members of staff who spoke to this newspaper said the pupils were likely to be expelled.

The headmaster, Mr Bonakele Ncube, could not be reached for comment at the time of going to Press.

Members of staff said the pupils involved are a nuisance at the school and had received a number of punishments and detentions for various offences prior to the weekend incident.