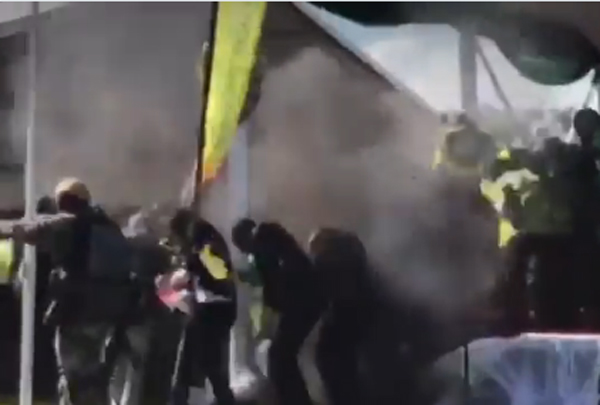 ZRP and CIO officers on Saturday swooped on ZBC Montrose studios in Bulawayo where they quizzed journalists before seizing cameras following the mysterious explosion which occurred at White City Stadium during a Zanu PF rally.

Sources said the officers seized mainly the cameras which were used to film the ill-fated rally as part of wider investigations into the attack which has claimed two lives so far.

According to police, 49 people were injured during the expulsion which happened when President Emmerson Mnangagwa had just finished addressing and was leaving the podium.

“Security personnel in plain clothes visited our newsroom immediately after the White City blast and interrogated journalists who were on duty when the explosion occurred. They were asking the journalists if they had seen anyone throwing or planting any object which might have led to the expulsion. The guys were very professional in their conduct,” said a journalist who works at The Chronicle but refused to be named for fear of victimisation.

A journalist at ZBC’s Montrose studio who also refused to be named for similar reasons also confirmed that security details visited their newsroom.

“Some of the cameras used to film the rally have since been taken by the police as part of their investigations. Some journalists who were on duty were also interrogated,” said the source.

Mnangagwa was unscathed in the attack but his deputies Kembo Mohadi and Constantino Chiwenga and his wife Mary were briefly hospitalised after sustaining injuries.

On Sunday, the police said they were appealing for information on the identities of the bombers.