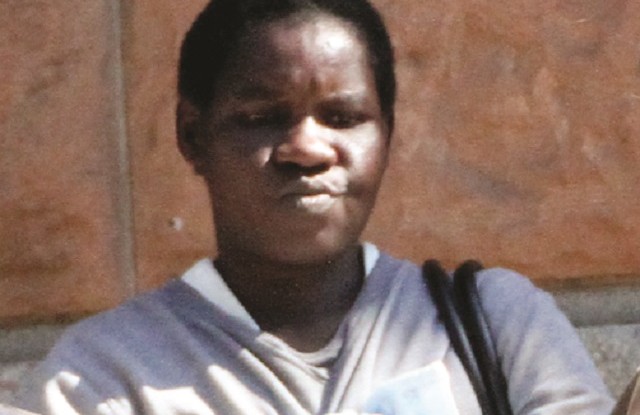 A BULAWAYO woman went berserk and left her ex-lover hospitalised when she violently squeezed his geni_tals after she allegedly found him in bed with his wife.

For Mandlenkosi Nkala from Aisleby Farm, Umguza, Matabeleland North Province, 4 June 2018, will remain etched in his mind after he missed death by a whisker when his lover Mariah Mazhangara allegedly inflicted an injury on his family jewels.

Following the attack, Nkala was hospitalised with injured gen_itals at Mpilo Central Hospital in Bulawayo.

Nkala’s near death incident was heard when he approached the Bulawayo Civil Court seeking a protection order against Mazhangara claiming she was “very” violent.

He said besides abusing him, Mazhangara was also harassing his family and had on several occasions threatened to poison them.

“Mariah Mazhangara is my ex-lover and we have a child together and she is disturbing my peace by coming to my place to physically and emotionally abuse me together with my wife and three children aged 17, 14 and 12 years old.

“She has physically attacked me on several occasions, the latest incident being on 4 June when she strangled my private parts and I had difficulties in walking.

“She forcibly came to stay with me and she is in the habit of stealing our matrimonial property and selling it. She is also threatening to poison my family and she is always making those poisoning threats despite being warned by the police,” said Nkala.

In a bid to apparently buy the court’s sympathy, Nkala produced a police report which he was given so that he could get treatment from the hospital.

“May you assist the above mentioned patient (Mandlenkosi Nkala) who was attacked by his ex-girlfriend while sleeping in his house.

“He was bitten on his right middle finger and was also strangled on his private parts and is having difficulties in walking,” read part of the police report.

In response, Mazhangara disputed the accusations saying, Nkala was the one who was ill-treating her together with the child.

“It is not true that I am abusing him. He is the one ill-treating me together with the child as he is forcing us to sleep without blankets,” said a teary Mazhangara.

In his judgment, presiding magistrate Sheunesu Matova ordered Mazhangara not to emotionally and physically assault her ex-lover.