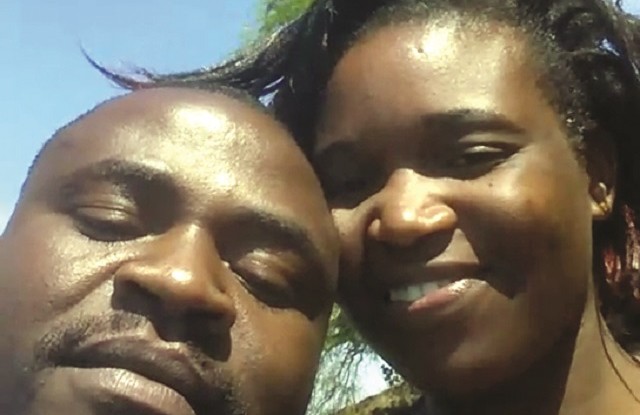 A MARRIED female teacher at Kweneng Primary School in Mangwe District, Matabeleland South is at the centre of an infidelity storm after “lewd” images of her passionately kiss!ng another man believed to be her lover were shared on the school’s WhatsApp group.

Andile Masinguzane’s image while “behaving intimately” were reportedly sent by some furious parents to the school’s WhatsApp group while claiming she was in the habit of bedding married men from the area.

Andile’s husband, Obvious Masinguzane, is reportedly based in Plumtree where he is employed as an electrian.

According to WhatsApp messages which accompanied the sizzling video and in possession of B-Metro, parents, in protest-like fashion said they wanted Andile banished from the school saying she was setting a bad example to their children.

A source from the school who sought anonymity also confirmed the incident saying the video was sent by some enraged parents in a bid to expose Andile’s alleged infidelity.

“The images are so bawdy that everyone at school is saying the two (Andile and the man) shared more than just a kiss and we are feeling bad for her husband.”

Contacted for comment Andile confirmed that she’s the one in the viral video.

She however, rubbished allegations that she was bedding married men.

“I am the one in that video and it’s none of your business to know the nature of relationship with that man. What I can only confirm is that all those allegations leveled against me are not true.

“It is just a smear campaign to tarnish my image,” said Masinguzane before she prodded this reporter where he got her phone number from.

She could also not deny nor confirm that the man she was seen locking lips with was her lover.

When further asked whether her husband had seen the sizzling video, Masinguzane said: “Yes he saw it and he was not even troubled”.

Her husband could not be reached for comment by the time of going to print.