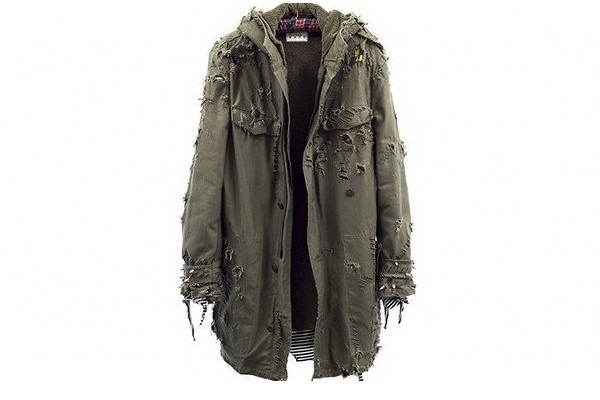 A FAMILY from Manzununu has rushed to Chief Zimunya’s court to resolve a mysterious case in which more than 20 relatives have been killed by an ‘‘evil jacket’’ that is threatening to take more lives.

The Chinoona family on Sunday visited the chief’s court in a bid to force their uncle Mutsiyabako to destroy the jacket which he gave to their deceased father as a gift.

According to the affected family, the jacket has the spirit of dead person, who was allegedly murdered by Mutsiyabako. They allege that their uncle, after being troubled by the avenging spirit of the person he killed, did underworld rituals using a jacket. He then gave the jacket to his sister so she could hand it over to her husband as a gift.

Little did the now deceased Chinoona knew that he was being given a killer jacket. His wife who brought the clothing was also in the dark.

In an interview at the court, Farikai Chinoona said, soon after he wore the jacket, his late father terribly got sick and died mysteriously.

“Our uncle Mutsiyabako gave my late father a jacket that had the spirit of a person whom he had murdered. After wearing that jacket my father got ill and died. This happened around 1998.

After the death of my father that spirit is now troubling us,” he said.

“This whole issue came to light after one of my children got possessed by the spirit of our late father and spoke out.

‘‘Through that child our late father said he was killed by our uncle after he gave him the jacket. After this confession we came here to the chief’s court and we were told to go to Mozambique to visit a traditional healer.

“In Mozambique, the sangoma told us that the jacket had the spirit of a dead person that was murdered by our uncle. He said as soon as he wore the jacket our late father was strangled by it. The sangoma told our uncle in his face that he was to blame for all the deaths that were happening in the family.

He was told to destroy the jacket and removed the evil spirit but he became evasive,” he said.

“We have come here so that the court will help us bring our uncle to court in order to solve this at once as per the instructions we got from the sangoma. A lot of people have been killed.

“We are talking of more than 20 people who died mysteriously. With regards to my family I have lost about eight children. Our mother is bed-ridden as we speak including several other children,” he said.

Asked whether their mother knew that the jacket she was given to give her husband was cursed, Farikai said: “She knew nothing but she told us that she was surprised that the jacket was heavier than the luggage she was carrying on the day she brought it home to her husband as a gift from uncle.”

Chief Zimunya ordered his policemen to arrest Mutsiyabako and make him appear before him and solve the case.

Bring my lover so that we can go to jail together: Serious drama in...

News Edmore Huni - 17 September 2020 0
A Hatcliffe man who was appearing in court for unlawful entry left the court shell-shocked after he started hallucinating that he was only going...

News Muza Mpofu - 17 September 2020 0
PRESIDENT Emmerson Mnangagwa has ruled out allowing a delegation from South Africa to meet his critics, including opposition parties and civic organisations, slamming the...

Horror as man axes stepmother in full view of his father after she did...

News Nelson Bhebhe - 17 September 2020 0
POLICE in Hwange have launched a manhunt for a man who struck his stepmother four times with an axe after she rebuked him from...

News Muza Mpofu - 17 September 2020 0
PRESIDENT Emmerson Mnangagwa's son, Emmerson Tanaka, was allegedly duped of US$1 000 by a Harare man who promised to deliver suits for his wedding...

MDC Alliance MPs & councillors in trouble for cheering Chamisa while he attacked Mwonzora...