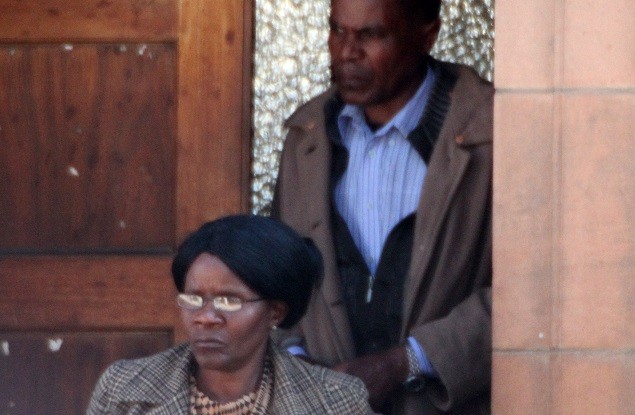 A Bulawayo man wept in court claiming he was financially bullied by his wife who is allegedly giving him a measly $1 per month as “pocket money”.

Phillip Nxumalo from Entumbane suburb who is employed at Mzilikazi Library said his wife Violet Nxumalo was extremely tight with his salary. He said besides his wife’s “aggressive savings targets” she was also forcing him to sleep “without” blankets.

“I am married to Violet Nxumalo and our marriage still subsists. She is financially abusing me and from my salary she gives me $1 per month as pocket money. She is denying me access to my salary yet I am the one who is working.

“She is also the one who keeps my bank card. As if that is not enough, from 29 May this year my wife has been denying me access to food and blankets. Just imagine she took all the blankets and left me with one which I’m using in this cold weather,” complained Phillip who was also being represented by his lawyer.

But Violet dismissed the accusations and instead said she was the one who was being abused.

“We got married in 1983 and from that time I was finding it’s been hard to live peacefully with my husband because of his violent behaviour.

“He is always insulting me at times with my late mother’s privates. Our children haven’t been performing well at school because of the abuse that he has been perpetrating on me,” responded a livid Violet.

She added: “It is also not true that I am denying him access to his bank card and blankets. We are sleeping in separate bedrooms and in his bedroom there are enough blankets. He is just trying to fix me because I once sought a protection order against him in 2012 which has since expired.

“I am also not denying him food but he is the one who is refusing to eat the food that I would have prepared saying I will poison him.”

In his ruling the presiding magistrate Sheunesu Matova ordered both parties not to verbally and physically abuse each other.

In a bid to save their marriage the magistrate also referred them for counselling.

News Nelson Bhebhe - 28 September 2020 0
A 44 year old man was assaulted to death by three suspects who hid the body in a drum before throwing it into a...
Loading...