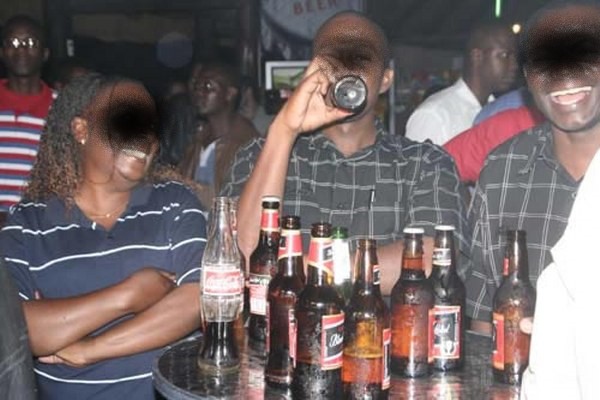 WHERE’S the money!
Sileta Adella Mpala says her son Last Mpala comes to her house drunk to rob her. When he arrives it’s alleged that he turns violent asking for her pension and rent money paid by tenants.

“He comes home drunk and threatens to beat me when I tell him I do not have money,” said Sileta, adding that he demands the money to “buy beer and spoil his girlfriends”.

He has an elaborate trick.

“He keeps a calendar so he knows the dates when my pension gets deposited. He always demands all that money I receive from National Social Security Authority (NSSA). A week later he would demand money paid by my lodgers,” she said.

Because he knows how much his retired mother makes, if she gives him a lesser figure, she would feel his wrath.

“He is a muscular man and he scares me especially when he threatens to beat me up,” Sitela said.

Sitela added that her son threw away his life when he refused to write his Ordinary Level examinations.

“He has no job because he refused to finish school, now he is a burden,” she said.

Last told B-Metro that his mother should learn to keep people out of their family affairs.

“That woman should stop telling everyone about our family issues,” he said rudely.

He added that he put his mother back in line when she does wrong things.

“She is a piece of work so I try to help turn her into a good woman by reprimanding her,” he added. Last accused his mother of being dishonest.

“My mother talks too much so don’t believe everything she tells you. She has been reporting me to a lot of people. I only take her money when I need to buy food in the house and I tell her to rest at home while I go to the shops,” he said.
Last is an only child.