RENOWNED drummer Douglas Vambe has shifted his political allegiance to the Nelson Chamisa-led MDC Alliance after dumping Mnangagwa's Zanu-PF party, which he accuses of abusing him and failing to recognise his efforts.

"I played the drums at Zanu-PF and State functions, but I have nothing to show for it. It is bad," he said. 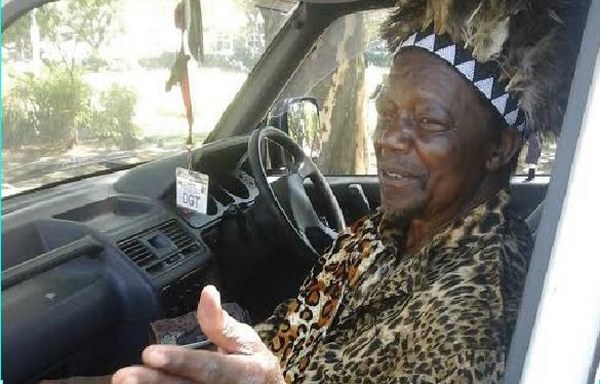 The 76-year-old drummer, who has been a regular performer at most Zanu-PF and State functions, was in 2009 given a 100-hectare farm located along Marondera-Murewa Road by former President Robert Mugabe as a way of appreciating his works.

In an interview with NewsDay Life & Style yesterday, the outspoken drummer said despite the farm, he had not been rewarded ever since the drumbeat was recorded at the then Rhodesia Broadcasting Corporation studios in Mbare in 1962 and he deserves more from the ruling party as well as the nation.

"This is not about the farm. I am worried about how I was treated given my contribution to the ruling party. It was going to be better if I was earning something monthly. I feel that I deserved a status and be counted among the top party officials, but that is not the case. They do not recognise me," he said.

"It is not about (Nelson) Chamisa, it is about me and reality. This is what is happening and I am not afraid of expressing it."

Born on August 2, 1942, in Magunje village, Uzumba district, Vambe said he fell in love with the traditional drum when he was four.

His drum-playing skills saw him flying to the United Kingdom in 2008 after being invited to perform at the Birmingham International Arts Festival.

He is also known for popularising the jerusarema/mbende drumbeat practiced by the Zezuru people living in the Murehwa and Uzumba, Maramba and-PFungwe districts in eastern Zimbabwe.