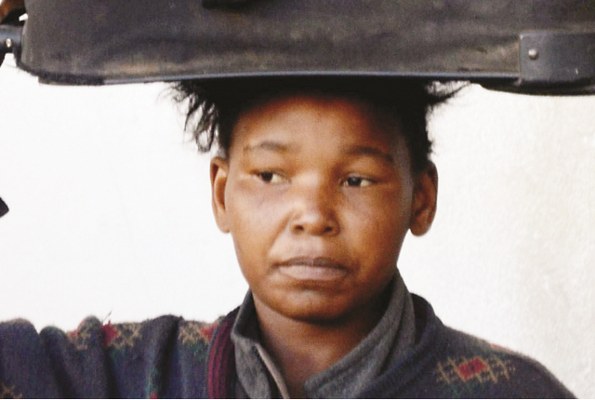 A WOMAN from Bulawayo who stabbed her husband, kept the body for two days before dousing it with paraffin and burning it to conceal evidence, has been slapped with a 18-year jail sentence.

Lakela Sweswe (25) of Buena Vista suburb in Bulawayo said she committed the offence in self-defence as her abusive husband, the late Anofa Mlauzi, had tried to stab her with the same knife.

Mlauzi had accused his wife of committing adultery.

Bulawayo High Court judge Justice Martin Makonese convicted Sweswe of murder with actual intent. He said the court was taking into consideration that the accused was 23 years of age and was an immature young woman who had just been married.

“In sentencing the accused person, the court shall regard the battered woman syndrome. This must, however, be balanced against the sanctity of human life,” said the judge.

“This case brings out the scourge of domestic violence. It is my view that a lengthy prison term is appropriate. You are sentenced to 18 years imprisonment,” ruled Justice Makonese.

He said the act of self defence was not very clear as she was not under any imminent attack as she instead waited behind the door and stabbed her husband.

“Her conduct after the murder doesn’t show that she had no intention of killing him, if she panicked then why did she burn the body?” said Justice Makonese.

In mitigation, Sweswe’s lawyer, Ms Marygold Sibanda, said her client was young at the time of commission of the offence and has two children who are aged four and 31 months who still need their mother’s attention as one of them stays with her in prison.

Ms Sibanda argued that her client’s marriage was rocky from the beginning and she had endured frequent beating from the deceased person and her conduct was a result of the cumulative abuse.

“My Lord we submit that the deceased person should not be considered a saint in his death as he was a villain and abuser for three years,” said Ms Sibanda before Justice Makonese interjected.

He said the excuse of abuse should not be used as a defence to kill other people as it set a bad precedence.

“Why did she stay in an abusive relationship? Don’t use that as an excuse since it will set a wrong precedence because men will be finished in the homes as women would want to get rid of their problems. Some men are abusers physically and emotionally,” the judge said.

The defence pleaded for a lesser sentence of five years. The State represented by Ms Nonhlanhla Ndlovu said Sweswe behaved negligently in that after stabbing her husband she retired to bed leaving him bleeding.

“Furthermore, she went on to burn the body to conceal the evidence and lied about his whereabouts. Human life still remains sacred, no human being must be allowed to take the law into their own hands,” said Ms Ndlovu.

It is the State case that on June 8, 2016 at about 1AM, Mlauzi arrived home from a beer drink and a misunderstanding ensued between Sweswe and Mlauzi with the latter accusing his wife of adultery.

“The misunderstanding degenerated into a fist fight, thereafter Mlauzi left the house for a short while and upon his return, Sweswe, who had picked a kitchen knife and stood in wait by the door, stabbed him once on the neck and he fell down and later died.

The court heard how Sweswe dragged his body to a shack which was within their premises and after two days she poured paraffin on the deceased’s body and burnt it.

The matter came to light when neighbours discovered Mlauzi’s body in the shed leading to Sweswe’s arrest.