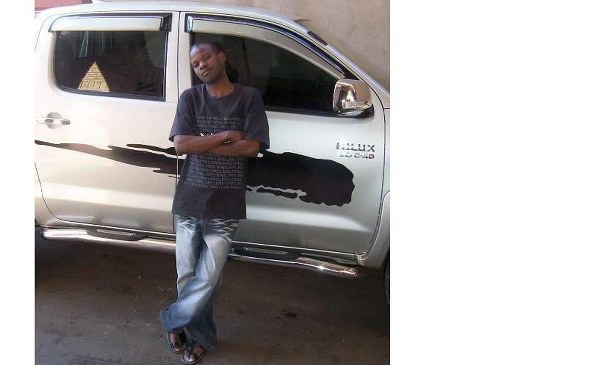 The musician who had a couple of hits under his belt including ‘Unodzoka Here’ and ‘Huya Unditore’ succumbed to heart failure on Sunday.

The artist, who had relocated to Mozambique, is said to have returned to his home in Mbare, Harare recently. While he was working on new material which he hoped to release this year with the hope of reviving his career, those close to him said he was not well and was being mocked by the community for his fall from grace and fortune.

“He isn’t looking too well and many of these people are making fun of him and his fall from grace and fortune.

“He doesn’t see that he has fallen from grace and if he does he’s in denial. This is the sad face of the music industry. Another footnote in an industry that doesn’t help its own or ensure long lasting returns,” a source told our sister newspaper The Herald earlier this year.

Upon receiving the tragic news of his death, pictures of MC Villa with industry mates Dino Mudondo and Innocent Utsiwegota were shared on social media with heartfelt messages.

Wrote his close friend, Zimdancehall DJ Fydale: “MC Villa is one of the people who helped me through hard times in Mozambique. Tichasangana, ndonzira yedu tose, may his soul rest in peace”.

Another industry great, Sniper Storm, wrote: “I was not aware of his whereabouts of late, but it’s a very sad loss. He helped build what is flourishing today. Condolences to all his loved ones.”

“I’m really shocked. We have lost a brother, good friend and one of the pioneers of the urban grooves movement in the Zimbabwean music industry.”

News Nelson Bhebhe - 27 September 2020 0
Award-winning Japanese actress Yuko Takeuchi has been found dead at her Tokyo home at the age of 40. Police have launched an investigation and suspect...
Loading...