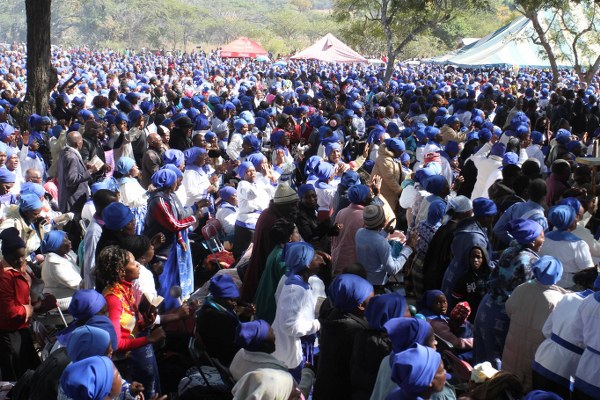 THE Churches Convergence on Peace Consortium (CCOP) will tomorrow hold a peace march and Ukuthula-Runyararo Peace Covenant signing ceremony in Bulawayo in support of the peace pledge initiated by the National Peace and Reconciliation (NPRC) commission.

CCOP is a religious lobby group focused on capacitating grassroots churches to promote peace and cohesion.

The consortium’s programmes coordinator, Runyararo Chilenje, said the NPRC and the churches body would jointly facilitate the event.

“The NPRC and the churches body to facilitate the signing of a Ukuthula-Runyararo peace covenant as an effort to support the commission in achieving its national pledge of ensuring peace and reconciliation in the country,” she said.

Chilenje said the march would start at the City Hall car park in to the Methodist Church on Joshua Nkomo Street and would be followed by the peace covenant signing ceremony to cement the commitment of political parties at provincial level to promote peace during the campaign period.

Christian Alliance director Useni Sibanda said the peace march would be a proclamation and reinforcement to the call for peaceful elections by all stakeholders. He added that several churches, political parties, civic society groups and independent commissions had confirmed participation in the event.

CCOP is made up of Dan Church Aid, Zimbabwe Christian Alliance, Zimbabwe Council of Churches and Zimbabwe Divine Destiny.