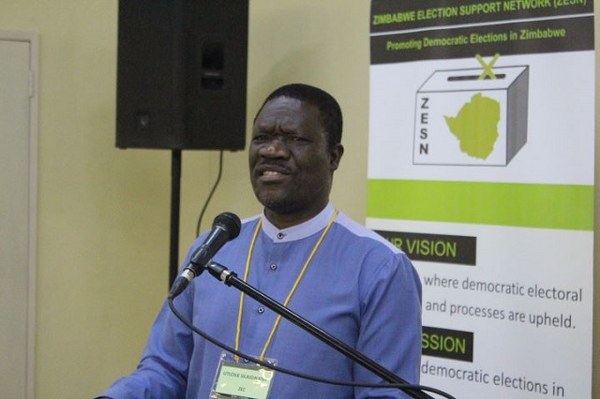 The Zimbabwe Electoral Commission (Zec) yesterday said it was willing to respond to MDC Alliance president Nelson Chamisa’s demands for reforms he has said were vital for a credible vote this month at an appropriate time.

This comes after Chamisa told journalist on Tuesday that he has given Zec one week for negotiations, blasting the electoral body’s chairperson, Priscilla Chigumba, saying she was “arrogant,” and that she has failed to run Zec.

Zec chief elections officer, Utoile Silaigwana, told the Daily News yesterday: “With regards to Chamisa’s requests, the Commission has indicated that they will respond to them. At the moment I do not have their response.”

This comes as Chamisa is piling pressure on Zec, saying the electoral management body must implement a raft of administrative reforms to ensure free, fair and credible elections.

In the main, these are to do with the printing, storage and distribution of ballot papers.

Chamisa has taken up his grievances with the Southern African Development Community (Sadc), hoping they would be attended to before the July 30 polls.

On Tuesday, Chamisa said they will not go into election before their concerns are addressed.

“One of the biggest challenges that we have had with Chigumba unlike (former Zec chairperson Rita) Makarau’s time is that Chigumba is very arrogant. She thinks that she is the author of law, the alpha and omega of wisdom. She is not, and she must listen,” Chamisa said.

“She must know that she is being paid by the taxpayers’ money, myself included. She must do things in a manner that satisfies the minimum demands not to come and be arrogant.

“Arrogance usually walks hand in hand with ignorance. We don’t want her to be one of those unfortunate circumstances in the history of Zimbabwe,” Chamisa said.

“We are utilising this whole week for that process (negotiations) hoping that there is going to be an understanding particularly on the issue of ballot papers. We know what we are talking about the horse has not yet bolted.

“We have received the majority of the postal ballots and are still awaiting the remainder to arrive. At the moment, we are processing them and as soon as they are all in, we will send them to their respective polling stations,” Silaigwana said.

This comes as the MDC Alliance raised alarm that postal voting by police officers at Ross Camp in Bulawayo was done under the supervision of police commanders, in the absence of election agents and Zec officials in a bid to rig the upcoming vote for the ruling Zanu PF.

Chigumba said according to the law, there was no role for candidates, political party representatives or observers in postal voting.