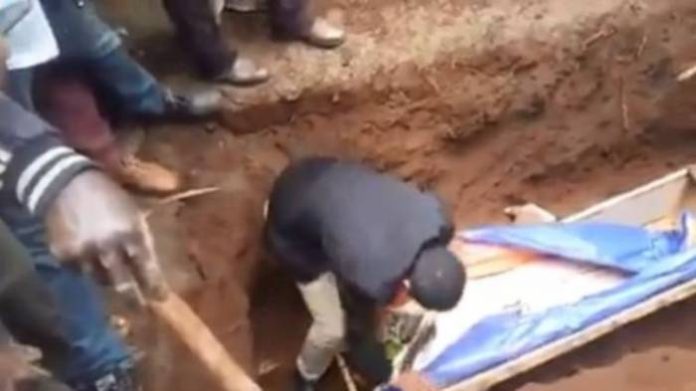 An aspiring prophet has been arrested in Ethiopia after he failed to bring a dead man back to life.

It was not successful, and his failure enraged family members who began attacking Mr Getayawkal.

He was saved when police arrived shortly afterwards – although it did not mean he was out of trouble.

Abusing dead bodies is a crime under Ethiopian law and a local police commander has told the BBC that the man, whose real job is as a health worker, is now in custody.

The incident was filmed and has since gone viral on social media.

Residents in the small western town of Galilee, in the Oromia region, said Mr Getayawkal first went to the bereaved family and told them the story of Lazarus – who according to the New Testament was brought back to life by Jesus.

They then appear to have agreed to dig up Mr Belay.

After the failed resurrection, several members of the family fainted on the spot while others became angry and started beating Mr Getayawkal – at which point police arrived and arrested him.