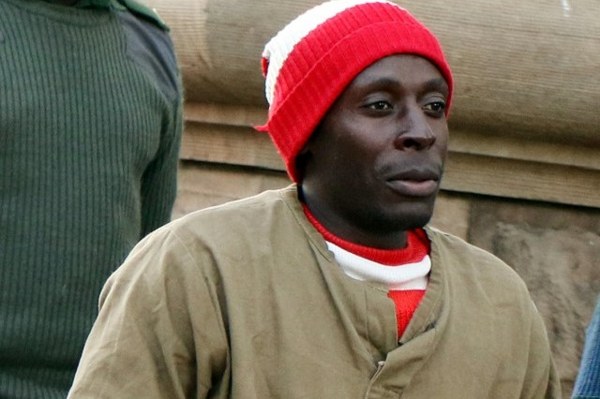 A TEACHER who strangled his pre_gnant girlfriend with her head scarf and set her body ablaze at a lodge in Bulawayo’s Kumalo suburb has been sentenced to 25 years in jail.

Tonderai Marabwa (33), a bio-chemistry teacher at Pakame High School in Shurugwi, was convicted of murder with constructive intent by Bulawayo High Court senior judge Justice Martin Makonese in connection with the death of Fortunate Sindi Sithole.

Marabwa killed his girlfriend after a dispute over her pre_gnancy.

Marabwa will serve an effective 20 years in jail after five years were suspended on condition that he does not within the same period commit a similar offence.

“The accused showed no remorse or contrition and instead shifted the blame on the deceased. He murdered the deceased in a wicked and callous manner and his conduct is deplorable. In the circumstances, you are sentenced to an effective 20 years imprisonment,” ruled the judge.

Prosecuting, Mrs Sifiso Ndlovu-Sibanda said on December 10 last year, Marabwa phoned Sithole and they agreed to meet in Bulawayo in the afternoon.

He then travelled from Lalapanzi to Bulawayo and met Sithole who was coming from Mahatshula suburb at around 5PM.

“They resolved to put up at Esikhosini Lodge in Khumalo where they had se_x. At around 4AM, the two had a misunderstanding over the issue of the now deceased’s pre_gnancy with Sithole demanding to be taken to Marabwa’s family for introductions,” said Mrs Ndlovu-Sibanda.

The court heard that Marabwa refused to entertain Sithole’s demands since he had another girlfriend who was also pre_gnant.

The accused person said he wanted to marry the other girlfriend and had left her at his place of residence.

“While at the lodge, Sithole insisted that she was going to follow the accused to his place of residence and force him to introduce her to his family,” said Mrs Ndlovu-Sibanda.

The court was told that Marabwa, fearing that the other girlfriend would discover the relationship, strangled Sithole using her head scarf.

He placed a mattress on top of the deceased and set it alight before locking the door of the room in an effort to conceal the murder. He then disappeared into the night. The murder was discovered by lodge workers who reported the matter to the police leading to Marabwa’s arrest.

A post-mortem was carried out on deceased’s remains and the cause of death was ascertained as asphyxia and strangulation.

Marabwa, through his lawyers Messrs Bob Mlungisi Siansole and Dixon Abraham of Tanaka Law Chambers, denied that he murdered the deceased.

He argued that they only had a fight which was triggered by a phone call which Sithole had received from another man.

“I woke up at around 3AM since I was supposed to travel to Gweru where I had to meet relatives of my other pre_gnant woman. It was during that moment that the deceased’s cellphone rang. I picked it and heard a male voice, saying ‘morning sweetheart’,” Marabwa said.

He said an altercation ensued between himself and Sithole.

“The deceased got angry and shouted at me for answering her phone. She grabbed my private parts and twisted them during which we wrestled as I tried to free myself from the grip,” Marabwa said.

“We engaged in a fight and the deceased bit my fingers and we both fell onto the bed and wrestled each other during which we fell off the bed and the mattress also tilted”.

Marabwa said a cigarette dropped from his mouth during the fight.

“I then reached a head scarf and pulled it and freed myself. I dashed to the door and bolted out before locking the door from outside,” he said.

Marabwa said he left the lodge through a gate which was not locked and threw away the keys along the road as he headed to the hiking spot where he caught a lift to Gweru.