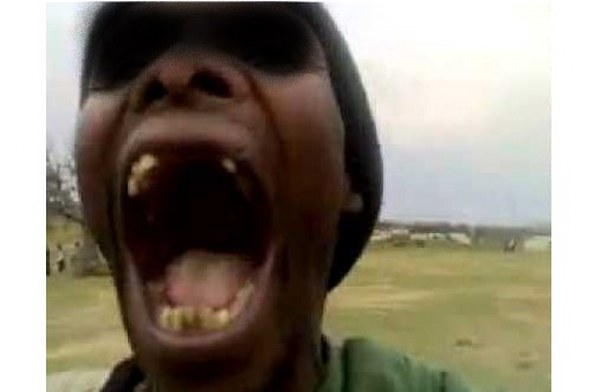 AT times love is sweet, however, at times it’s sour!

The above statement rings true for a man from Gokwe who caught his wife being care_ssed by a community member and hit him with clenched fists and a log.

As a result the cheat Tendai Shiri lost nine teeth.

This was after Mufaro Chigora took more than an hour at a nearby borehole where she was fetching water.

Sibanda got worried and followed her to find out what was happening.
a
Sibanda could not believe his eyes when he saw Tendai Shiri allegedly care_ssing his wife’s stomach.

“I got worried when I saw my wife (Chigora) being care_ssed by Shiri. I had to hit him because he had disrespected me,” said Sibanda.

Now Sibanda doubts being the one who impre_gnated his wife.

“Now I feel this woman has been cheating on me and she could have been impre_gnated by Shiri,”he said.

Shiri confirmed that he lost nine teeth while he was attacked but denied that he was care_ssing Chigora.

“The problem is that it was getting dark when he found me assisting his wife in lifting a bucket at the borehole, he then accused me of being involved in an illicit affair with his wife, after that he hit me with clenched fists and a log ,”said Shiri.

Shiri went on to say he was rushed to Chireya Mission Hospital.

“I was rushed to Chireya Mission Hospital for treatment and I learnt that I lost nine teeth,” said Shiri.

“I received a report where it is alleged Tendai Shiri was caught care_ssing Raphael Sibanda’s wife Mufaro Chigora last week on Sunday. May you kindly phone me next week after we have sat as the traditional court. At the moment I’m dealing with national issues,” said Chief Chireya.