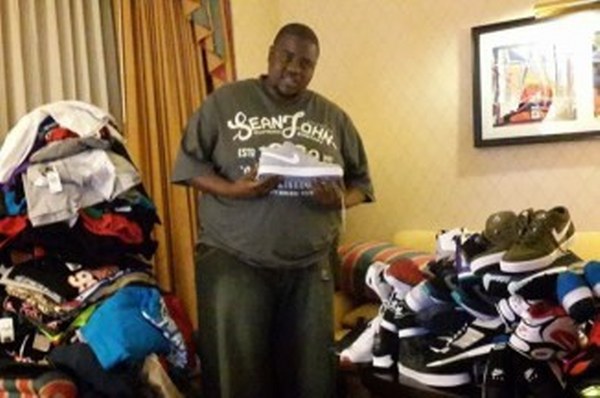 ZPC, a subsidiary of Zesa Holdings, was misled into awarding a tender for the setting up the $200 million Gwanda Solar Project to Intratrek Zimbabwe Private Limited through its managing director Chivayo.

Mr Hodzi said investigations into Chivayo’s matter were now complete and he will appear in court soon.

He said he directed the police to bring him before the court for trial.

“The Acting Prosecutor General having considered criminal dockets pertaining to one Wicknell Chivayo has directed the police to bring him to court for a formal court appearance at Harare Magistrates Court immediately,” reads a statement from the National Prosecuting Authority.

Sources close to the matter said on October 23, 2015, ZPC signed an engineering, procurement and construction contract with Intratrek Zimbabwe’s technical partner Chint Electric for the construction of a 100 megawatt solar plant in Gwanda.

The sources said according to the agreement, ZPC was supposed to avail $4 million for the pre-commencement works, while Intratrek would contribute $1 million.

Ahmid and Chavi are yet to be located.

The sources said Chivayo, using his links with jailed former Minister of Energy and Power Development Samuel Undenge, pressured ZPC to release the pre-commencement funds to Intratrek in the absence of an advance payment bank guarantee.

They fraudulently raised five invoices claiming substantial amounts of money giving a false impression that they were doing the pre-commencement works.

Acting on the misrepresentation, one Hubert Chiwara transferred a total of $5 299 203 from ZPC’s Stanbic Bank account to Intratrek’s account with CBZ Bank.

Investigations later revealed that Intratrek had no capacity to carry out the feasibility study and that it subcontracted the work to a Chinese company called Shanghai Electric Power Design Institute Co. Ltd.

Further investigations show that Intratrek never paid a cent to the Chinese firm for the purported feasibility study. The sources said according to investigations, Chivayo and the other directors did not channel the $5 million towards pre-commencement work.

They allegedly converted the funds to personal use.

In a bid to cover up for the misappropriated funds, Intratrek bosses presented a fictitious acquittal of PRC3 and 4 forms purporting they had paid $1,9 million to various service providers subcontracted to do some work on the solar project in Gwanda.

Makumimana, according to investigations, turned out to be a fictitious company, while Pietznack could not be found on the internet.

Sources said ZPC, according to the investigations, was prejudiced of about $5,6 million.

Only a paltry $47 775.91 was spent on the project and the rest was converted to personal use, the sources alleged.