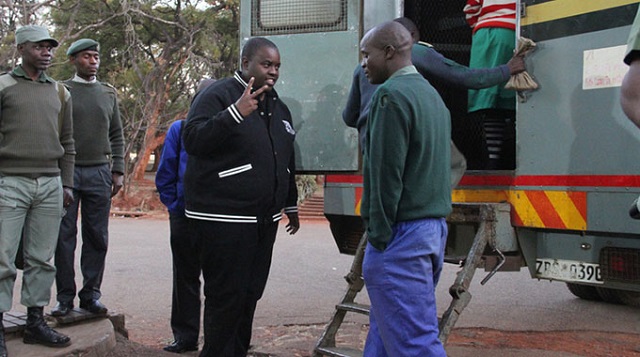 BUSINESSMAN Wicknell Chivayo, who is facing allegations of defrauding the Zimbabwe Power Company (ZPC) of over $5 million, was yesterday denied bail after the court ruled that he was a flight risk and should remain in custody.

Harare magistrate Mr Elisha Singano said if freed on bail, Chivayo was likely to abscond court considering that he was arrested at Robert Gabriel Mugabe International Airport attempting to flee to South Africa.

Chivayo is being charged with fraud, money laundering and contravening sections of the Exchange Control Act.

He was remanded to Friday next week, and his trial will run between August 27 and 29.

The State said the charges arose after Chivayo’s company, Intratrek Zimbabwe, was corruptly awarded the Gwanda solar power plant tender by ZPC at the instigation of the then Minister of Energy and Power Development, Samuel Undenge.

It is alleged Chivayo failed to execute the project despite getting $5 607 814,24 from Government.

Mr Singano said to release Chivayo at this stage would undermine the proper administration of justice.

“What is clear to the court is that after knowing that he was wanted by the police, at no time did accused person attempt to surrender himself at any police station,” he said.

“He had several chances to do so, yet he did not comply. We heard from the investigating officer that he (Chivayo) was pulled from a plane bound for South Africa and this shows he didn’t want to attend trial and was fleeing from the jurisdiction.

“Those who face charges must, therefore, answer to the charges than to flee. Accused person has been to every corner of the world, he has contacts and connections everywhere, and he is a global traveller. He has shown indications to flee, hence if granted bail, he will not come back to stand trial.”

Mr Singano said Chivayo was facing a serious offence which involved public funds and that the State had a strong case against him.
A Zimbabwe Prisons and Correctional Services officer escorts businessman Wicknell Chivayo into a prison van after he was denied bail at the Harare Magistrates’ Courts yesterday

“The State’s case cannot be said to be weak as these are public funds which the accused must account for,” he said. “There is no doubt that fraud is a serious offence and once one is convicted, a long term of imprisonment is called for.

“It is the court’s view, taking into account the strength of the State case, likely penalty upon conviction, the seriousness of the offence and risk of abscondment, which is very high, that releasing the accused at this stage will undermine the proper function of the criminal justice system.”

The State in its submissions, indicated that Undenge, who was recently convicted of a separate charge, would also be arrested and prosecuted in connection with Chivayo’s case.

The court heard that on October 23, 2015, ZPC acted on a misrepresentation and signed a contract with Chivayo’s company for implementation of the Gwanda solar project.

It is alleged that ZPC released $5 607 814,24 into an Intratrek bank account for the project to take off.

Chivayo is said to have converted the money to his personal use.

The court heard that he was also authorised by the RBZ to load $849 479 into his Visa cards for importation of earthmoving equipment from America, but nothing came into the country.

Mr Michael Reza, together with Mr Zivanai Macharaga and Ms Venranda Munyoro, both from the Special Presidential Anti-Corruption Unit, represented the State, while Advocates Lewis Uriri and Onias Takaindisa instructed by Manase and Manase legal practitioners appeared for Chivayo.