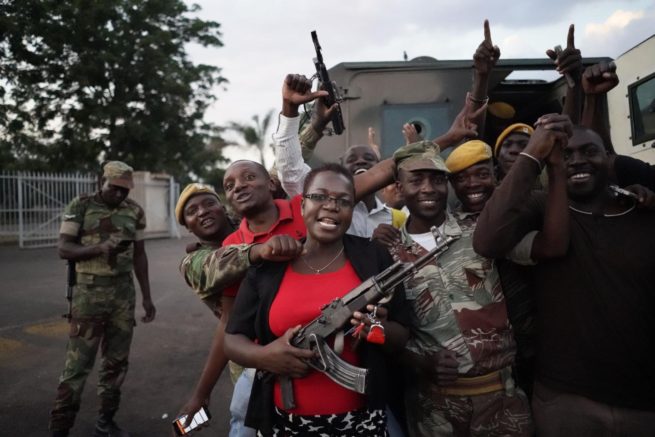 Villagers have hailed Zimbabwe Defence Forces (ZDF) for embarking on a week-long free medical assistance programme at Mushandike Clinic that has so far benefited hundreds of people, particularly the vulnerable in Masvingo district and surrounding areas.

ZDF has been offering free medical, dental and pharmaceutical assistance at Mushandike as part of the force’s annual nationwide activities to cement military-civil relations under the Community Assistance Week.

Medical teams from ZDF, which comprises the Zimbabwe National Army and Air Force of Zimbabwe have been stationed at Mushandike since Monday this week offering medical assistance to hundreds of patients from across Masvingo district and the adjacent Chivi district.

Villagers who received free medical assistance from members of the ZDF at Mushandike hailed the force and called for the expansion of the annual programme to benefit more people, particularly from remote rural communities.

Mrs Irene Matingwiza of village 15, Mushandike, under Chief Charumbira said the ZDF was showing that it was a people’s force by offering free medical assistance in the country’s rural communities.

“We came here after learning of the free medical assistance programme by the ZDF and we are very happy with what the organisation is doing because most patients from rural communities cannot afford to pay for specialist medical attention,” she said.

“Our appeal is for the ZDF to do this programme every year and benefit as many people as possible because there are a lot of people who are battling various ailments, but cannot afford to meet their medical expenses and end up suffering in silence.”

Another villager, Mr Steven Chimunhu of Natridge Farm on the outskirts of Masvingo appealed to the ZDF to make the free medical outreach programme a monthly event so that many people particularly from poor background, benefit.

Mushandike Clinic has since the beginning of this week been a hive of activity with scores of patients from far-afield as Bhati, Natridge and Apcot farms thronging the health institution to get free medical assistance by the ZDF.

Officially launching this year’s ZDF Community Assistance Week at the Reformed Church University on the outskirts of Masvingo city on Wednesday, Vice President and Minister responsible for Defence and War Veterans Affairs Constantino Chiwenga said the force was mandated by the constitution to utilise its inherent expertise to assist communities and institutions under the auspices of the Military Assistance to Civil Communities during times of peace.

He said this year, ZDF was conducting Medical Outreach Programmes at Mushandike Clinic in Masvingo and Rutanhire Clinic in Wedza district, Mashonaland East.

Mushandike clinic has a catchment area of over 7 000 people from Charumbira communal lands and surrounding areas, while some Masvingo city residents also visit the health institution for medical assistance.