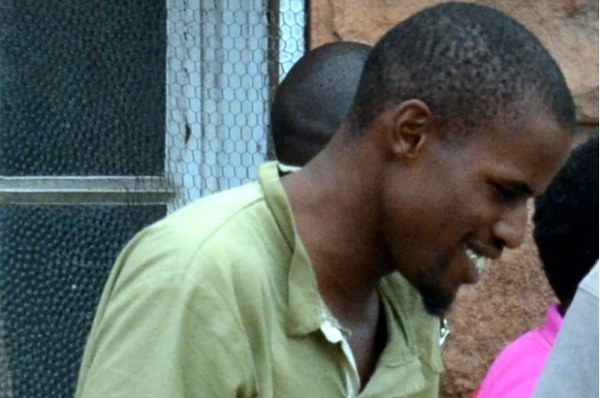 BULAWAYO ‘‘serial killer” Rodney Tongai Jindu yesterday pulled another shocker when he pleaded for assisted suicide before he was eventually sentenced to death for the callous murder of two of his friends last year.

Jindu (27) of Glengarry suburb in the city was arrested eight months ago in connection with the deaths of Mboneli Joko Ncube and Cyprian Kudzurunga.

He shot dead Kudzurunga (28) of Queens Park East on January 29, buried him in a shallow grave in Burnside suburb and sent a message to the deceased’s mother pretending to be her son who had suddenly decided to leave the country.

He also shot Ncube and dismembered his body and set the parts on fire before burying them in four shallow graves in Burnside.

During trial, Jindu told the court that he was sent by the devil to kill two of his victims and threatened to unleash the evil spirit on prosecutors.

He said when he committed the two murders, he was under the influence of heroin and methamphetamine (crystal meth) which created an urge for him to kill.

Jindu also confessed that he ate the pair’s raw livers and cooked the brains before consuming them.

In sentencing Jindu, Justice Moyo said capital punishment was the most appropriate sentence.

He (Jindu) executed the murders meticulously by first of all carrying a gun which should have been kept at his mother’s home. He then tried in a very clever way to conceal the murders by first sending text messages to the relatives of his victims as to the deceased whereabouts. He also deceived the police,” she said.

Justice Moyo said Jindu then came up with a flowery story that Lucifer commanded him to murder the two.

“He even refused to divulge intricate details of the murders hiding behind his fabricated Lucifer image. He cannot be found to be remorseful. His Lucifer version means that he is still bent on tricking the court right up to the end,” she said.

Justice Moyo said Jindu committed murder with four aggravating features: mutilation of the deceased’s body in count one, two series of murders in a short space of time, pre-planning and theft of a laptop which amounts to a robbery in relation to the deceased in count two.

Justice Moyo ruled that under the circumstances, Jindu deserved nothing else other than capital punishment.

Asked if he had any reasons or objection as to why the death sentence cannot be passed on him, Jindu responded: “It’s fine, it’s fine, it’s fine”.
Justice Moyo told him that he has a right of appeal against both conviction and sentence.

As Jindu’s lawyer, Mr Dixon Abraham, was presenting his mitigation, Jindu abruptly interjected and asked for assisted suicide much to the shock of his lawyer.

“My Lady, I don’t mean to be disrespectful but could I get assisted suicide?” pleaded Jindu.

However, Justice Moyo quickly interjected and said he would get a chance to speak.

In mitigation, Mr Abraham appealed for a lesser sentence saying Jindu had been remorseful as he had apologised to his mother and the deceased’s families.

“How does it benefit society or the court to extinguish another life?” he said.