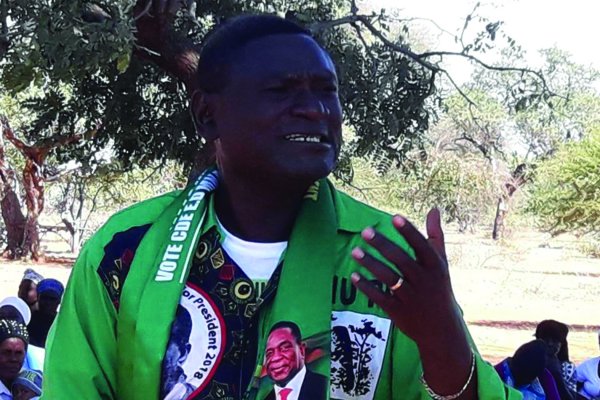 A nurse who allegedly attacked the Venda people in Beitbridge as dogs, stupid and lazy for voting for a Zanu PF MP has caused a furore in the border town.

Many people including newly elected Zanu PF MP for Beitbridge East, Albert Nguluvhe have identified Senzeni Klaasen a nurse at Beitbridge District Hospital as the author of the derogatory audio that has gripped social media circles in Beitbridge, Musina and Polokwane.

Nguluvhe said those who know Klaasen have identified her in the audio with her voice.

Klaasen refuted the allegations when The Mirror called her and said that people were trying to frame her. She initially said that she did not know the person that The Mirror was looking for and she identified herself with a different name.

She also initially said that she was not in Beitbridge but in Murerwa.

Nguluvhe said the audio was dangerous in that it can easily trigger tribal hatred between the Shona and the Venda. He said that he was going to ask authorities in the Ministry of Health and Child Care to transfer her from Beitbridge because Vendas from Beitbridge and places as far as Polokwane were baying for her blood.

The Mirror understands that some WhatsApp groups have been formed by the Vendas to deal with the matter.

Klaasen's picture has also been posted on social media and identified as the woman bent on causing tribalism.

The audio queried why the Vendas could vote for Zanu PF when there was no medicine at the local district hospital. It also questioned why they voted for the ruling party when they were being given fertilizer and seeds in a region that is semi-desert.

The audio which The Mirror has listened to says the Vendas are scattered all over South Africa doing menial work on farms. It says the Vendas cannot even develop their hometown Beitbridge and it is the Shona who were building good houses and other structures in the town.

The audio said it was surprising that the Vendas were calling back Zanu PF, a party which has done nothing for them.

"We are frustrated by that audio, we feel she had looked down upon us and she is promoting tribalism in Beitbridge,' said a man who declined to be named.