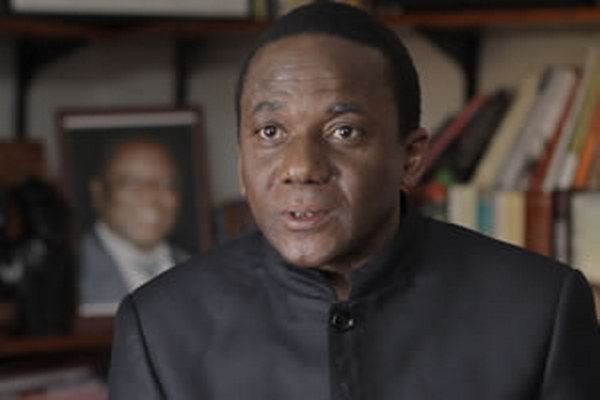 The legal team representing the MDC Alliance is accusing President Emmerson Mnangagwa’s administration of breaking into their attorney’s offices and stealing large amounts of data from their computer, days before the opposition alliance filed a petition challenging the results of the presidential election.

The allegation, based on documents prepared by Mnangagwa’s lead advocate Lewis Uriri on August 8, two days before Chamisa asked the Constitutional Court (Con-Court) to invalidate the presidential election results, suggests a wide-ranging conspiracy involving sophisticated hacking and theft of documents.

This has further raised the stakes in the Con-Court petition in which Nelson Chamisa of the MDC Alliance is challenging the results of the July 30 presidential election.

Mnangagwa’s legal team denies it stole any documents, and branded the accusation “nonsensical.”

In a legal opinion rendered to his client, advocate Uriri agrees with the MDC Alliance that the last day of filing of the presidential petition was midnight August 10.

And after the court challenge has been filed, the inauguration cannot go ahead.

Uriri then suggests he has discussed with Mnangagwa the prospects of success of the MDC Alliance’s petition, and states he already had “draft responses to hand”.

This was two days before the opposition had filed its papers.

“I must mention in passing that I have previously advised on, and we have discussed, the prospects of success of any potential petition on every possible conceivable ground and concluded that on the facts and the law any such petition suffers from imminent and predictable failure.

“Our draft responses are at hand and will be finalised as soon as the petition is served and filed within the time lines provided for in the rules of court,” Uriri said.

Chamisa’s chief election agent, Jameson Timba, told the Daily News yesterday that they were greatly disturbed as to how Zanu PF lawyers “could have been ready with both factual and legal responses to our petition two days before it was filed as indicated in the opinion allegedly coming from Advocate Uriri.”

“If indeed this opinion is bona fide, two points are worth noting. Firstly, contrary to what has been peddled in the public media, our petition was filed on time that is before midnight on Friday 10th August 2018,” Timba said.

“Secondly, as stated in the opinion circulated on social media, Zanu PF could have only accessed our draft petition by hacking the computers of our lawyers. You cannot rig an election and also try to rig a court process,” Timba fumed to the Daily News. “We urge Zanu PF and its lawyers to respect court processes and desist from shenanigans that continue to show the whole world that a leopard can never change its spots.”

“So you are basically saying in a game of chess, what else is this guy going to play and how do I counter that move. You have five, six moves planned ahead, so you put your things in writing,” Uriri said.

The Temple Bar attorney said the MDC Alliance allegation betrayed “desperation by people that have absolutely no clue what they are doing or should be doing.”

He took great exception to the break-in allegations.

In his opinion and advice to Mnangagwa, Uriri said: “It is for the above reasons that I conclude and advise that: The dies induciae (time granted to a party to appear in answer to a summons or citation) for the filing of any challenge to my consultant’s election as the President of the Republic of Zimbabwe lapses at mid-night on the 10th August 2018.

“Inauguration day where no petition is filed by midnight on the 10th of August 2018 is the 12th August 2018. A petition challenging my consultant’s election as President of the Republic of Zimbabwe has the effect of delaying his inauguration up until the 25th August 2018. He must in any event be sworn in no later than the 26th August 2018.”

“How can Uriri allegedly say with certainty that our petition would fail before it has been filed and heard? Does he know something that we all don’t know?” Timba asked rhetorically.

“Our case is strong and our cause is just and we remain hopeful that justice will be served and the will of the people will prevail.”