MDC Alliance leader Nelson Chamisa’s petition at the Constitutional Court challenging the results of the presidential election will be heard on the 22nd of August 2018. The application will be heard at 10.00am. Chamisa has alleged that the results were manipulated by the Zimbabwe Electoral Commission (Zec) to ensure that Mnangagwa wins.

Zec declared that Mnangagwa won the election with 50.8 percent of the vote while Chamisa was said to have come second with 44.3 percent.

President Nelson Chamisa’s @nelsonchamisa court application to be heard on the 22nd of August 2018 at 10:00 am. The evidence is overwhelming and victory is certain. Numbers don’t lie, so the President-Elect @nelsonchamisa looks forward to this day. 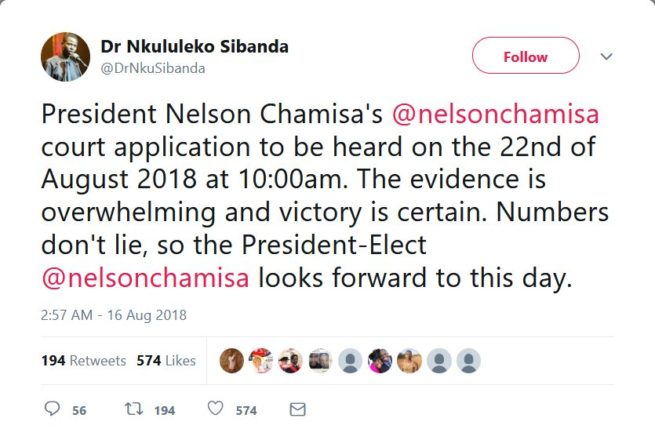 Legal watchdog Veritas advises that the Constitutional Court can decide on the matter in the following ways: