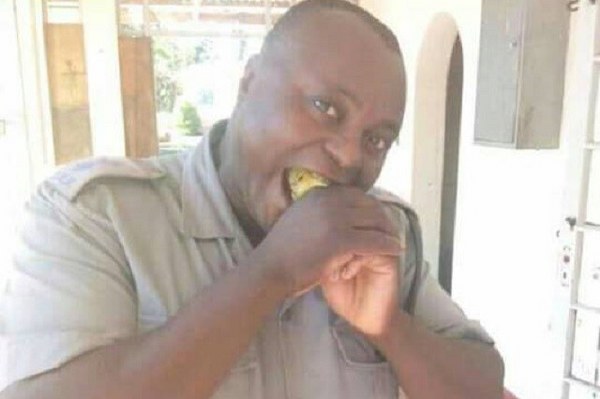 THE Officer-in-Charge of Plumtree Police Station, Inspector Ginger Vhiyano and six of his subordinates yesterday appeared in court in connection with the theft of nearly $1 million worth of gold which was being kept as an exhibit at the police station.

They were all remanded in custody to September 3.

The prosecutor in charge of Plumtree, Mr Stanley Chinyang’anya, told the court that detectives from the Minerals and Border Control Unit arrested a suspect who was trying to smuggle 28 kilogrammes of gold through the Plumtree Border Post into Botswana.

They then took the gold worth $970 000 as an exhibit and locked it at the police station’s armoury for safekeeping.

The seven allegedly hatched a plan to steal the gold and two FN rifles.

The offence came to light on July 15 when Chief Inspector Mangena, who was reporting for duty, noticed that two FN rifles which were booked in the charge office were not physically there in the armoury.

She inquired from Chief Inspector Munasireyi whether he had seen the rifles and he advised her to ask Insp Vhiyano, who had gone on vacation.

Chief Insp Munasireyi went to the armoury and discovered a key inserted in the key hole.

This was witnessed by Chief Insp Mangena and Sergeant Major Shumba who tried to remove it.

Sgt Maj Shumba, who had knowledge of the gold exhibit in the armoury, went in to check and found it missing.

Investigations led to the arrest of Constable Ncube who was allegedly sold out by a prophet whom he had consulted to evade arrest and paid him with gold.

Cst Ncube had allegedly used some of the proceeds to buy vehicles.

On his arrest, he implicated the other six including Insp Vhiyano leading to their arrest.