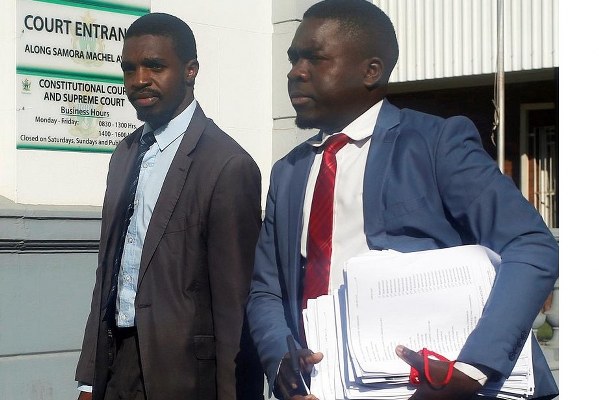 The MDC, according to Zimbabwe's Sunday Mail, is expected to show alleged irregularities in the case by Nelson Chamisa against Mnangagwa.

The applied statistics professor is expected to justify the party's claims that the July 31 poll was rigged in favour of the incumbent.

Mnangagwa was declared the winner with 50.8 percent against Chamisa's 44.3 percent of the total vote from 111 constituencies.

The president's lawyers reportedly said the don's opinion should be treated as irrelevant and inadmissible.

"His documented research is on sugarcane and fish migration patterns."

"There are none on elections, aside from some consultancy work carried out in 2005 involving the election of a (Kenya) Sugar Board," the lawyers argued.

They cited errors in the affidavit which records the compromised votes at 305,784 and 345,784 in subsequent paragraphs.

In his affidavit, Otumba claims that overall prejudice to the opposition leader because of "voter intimidation, coercion, and manipulation".

The MDC Alliance has maintained that it won the poll accusing the Zimbabwe Electoral Commission (ZEC) of tampering with vote counting.

Chamisa wants Mnangagwa’s victory nullified and that the court declares him the winner.

But Mnangagwa insists that the opposition’s petition is premised on alleged mathematical anomalies which have no factual basis.

The petition will be heard on Wednesday, August 22.