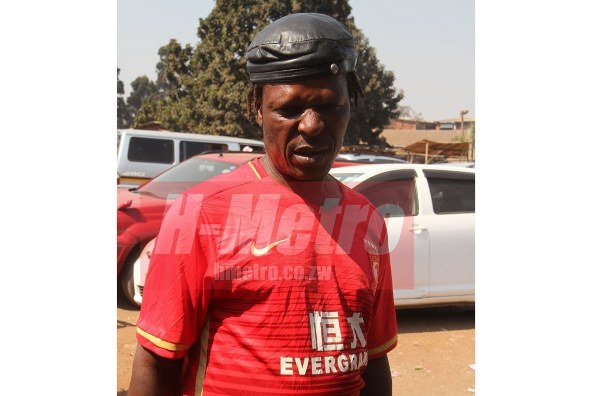 A MAN who looks almost exactly like the late Dick Chingaira, is causing a stir at Mupedzanhamo Market in Mbare where he operates.

Bonface Chirikure of Block 6-C533 Mbare flats is turning people’s heads with some running away each time they bump into him.

One Mathew who operates at Mupedzanhamo also said that, “when I first saw Bonface, I almost fell down in fear thinking that I have seen the late Chinx’s ghost, because they really look alike.”

Speaking to H-Metro, Bonface said he was not moved by those comparing him to the late musician.

“I am not even bothered by what people are saying because the late Dickson was my friend and I once joined his band from 1987 up to 1990 and left when I joined the army.

“I worked with Chinx’s Mazana Movement when the group was a coalition with Jonah Sithole, Massello from Tanzania, Sam and Marylyn who are Zimbabweans and we were using Massello’s instruments.

“I was a dancer during my days in the band of which I am good at that and people enjoy my moves,” he said.

Bonface who is now a hustler in Mbare added:

“I did Roger confirm song with Chinx and I also wish if Dick could be reburied at the National Heroes Acre not where he is buried because he befits national hero status not provincial.

“I also wish if I can get PA system and continue with Mazana Movement working with the family because it must not die because Dick is no longer there.”

Evil people make life difficult for man who sells black chickens: This is what...

News Muza Mpofu - 22 September 2020 0
HE started breeding and selling chickens four years ago to help feed his community. However, some devious people had other plans for them! HE SAYS PEOPLE...

News Muza Mpofu - 22 September 2020 0
The legal dispute over the status of a 1 000ha farm in Goromnzi has sucked in former Mashonaland East Governor Ray Kaukonde who is...