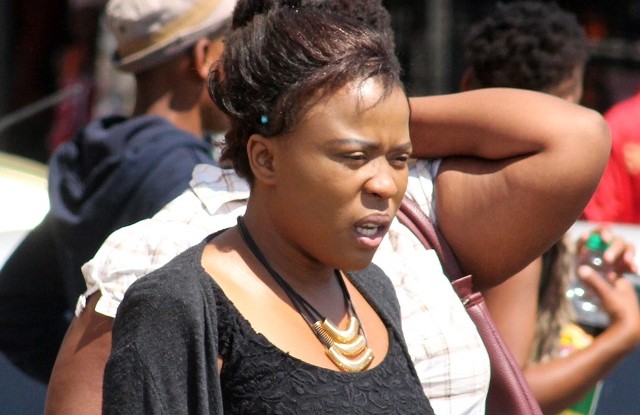 Bravo Mvere gave a kick to the curb to her husband Champion Moyo whom she found having se_x with their maid.

This was heard in a case in which Mvere was suing her estranged husband for disturbing her peace by his alleged adulterous behaviour.

Outlining details regarding to incidences of domestic violence in her application for a protection order Mvere stated that she once caught her estranged husband cheating on her with their maid and a churchmate.

“I caught him cheating with my house maid, I also caught him with my churchmate,” she said.

Mvere would spend around two months away from home while her husband got it on with the maid.

“I was customarily married to Champion Moyo for four years and we have one child together. Sometime in April this year I decided to quit the marriage and from that day I left him he is always threatening me with an unspecified action if I didn’t return home and stay with him.

“On 7 August he came to my workplace and caused a scene while harassing me. He is also threatening to forcibly take our child and the property which we acquired together. During the subsistence of our marriage he was also not supporting the family,” said Mvere.

She told the presiding magistrate Tinashe Tashaya that she was no longer interested in the marriage adding that during the subsistence of their marriage Moyo was also bragging that he could date any woman of his choice.

In his counter response, Moyo refuted Mvere’s accusations saying if she was no longer interested in him she should do it (divorce) before her parents.

“It’s not true that I caused a scene when I went to her workplace. When I went there I just wanted her to give me our child’s birth certificate. I don’t think it is proper to just end our marriage like that as I also want her parents to know that we are no longer together. That is why I am proposing that she should divorce me before her parents,” requested Moyo.

Meanwhile, the magistrate advised him that it was not the duty of the court to “persuade” his estranged wife to reconcile with him before he subsequently ordered him not verbally, physically and emotionally abuse her or visit her residence and workplace.

Man gets 9 years in prison after being caught with rhino horns worth US$250...

News Nelson Bhebhe - 28 September 2020 0
A MUTASA man was last week slapped with an effective nine-year jail term after being found guilty of possessing rhinoceros’ horns worth close to...
Loading...